Well - the old b****r has only been gone for a day, and I'm missing him already.
Seems I can't do without my daily dose of steam engines and socialism.

Thought a new thread might be a good idea - we can talk about him while he's away.

Perhaps he'll think now that a laptop or smart phone isn't such a bad idea after all.
I hope they let him smoke his pipe - I've just come back from the hospital where it's forbidden to smoke absolutely anywhere within the area. He won't like that. I'd like to hear him convince a bunch of modern American students that it's beneficial. At less than 100 yards - they'll be calling for their lawyers, and demanding a 'safe space'.

Might also be a good place to coax back lapsed members. A lot of good people have fallen by the wayside.
Born to be mild. . .
Top

Like you wondering about pipe smoking Tripps, I can't help but wonder if college students from Minnesota are still into a bit of "Sex, drugs & rock & roll" ??

Yes, I know what you mean about missing him...but I predict there'll be a resurrection at the end of the week! Those students don't know what they're in for - they'll all be smoking pipes, the women too, by the time he's finished with them. And eating saturated fats and cod liver oil and using horse liniment instead of after shave and perfume!

Just before he went he confirmed that he'd told Bob Bliss to send his `Bob's Bits' to my email address so I could post them on OG...but I haven't received anything, so sorry if you're missing your daily dose of Bob.
Top

Tizer wrote:Just before he went he confirmed that he'd told Bob Bliss to send his `Bob's Bits' to my email address so I could post them on OG...but I haven't received anything, so sorry if you're missing your daily dose of Bob.

I've now found an email address for Bob Bliss and sent him a message to check if he has sent his articles to the wrong address or has decided to `take time off'.
Top

Today, Thursday, I received a reply from Bob together with the missing Bob's Bits and have posted them on OG. Bob had thought he was meant to send them to Stanley who would forward them to me. We're back on track now!

Incidentally, being of a curious nature and knowing Stanley is spending his week at Keele University imparting his wisdom to US students I put the words `stanley graham keele university' into google to see if there was any mention of what's going on there. I got nothing about this week but interestingly two links to parts of his books that mention how the Keele courses came about...
LINK 1
LINK 2
Top

I like this topic.....
The bad news is that I am back! No problems with the pipe, plenty of opportunities to get my fix. And yes Tiz, I did talk about smoking and saturated fats with the kids. I also bent their ear about the misinformation that is fed to them in the media and sometimes even by their Professors! Martha tells me that as usual I have given them a new perspective on some important matters!
I'll post some pics and a description of the trip. Just one to be going on with..... 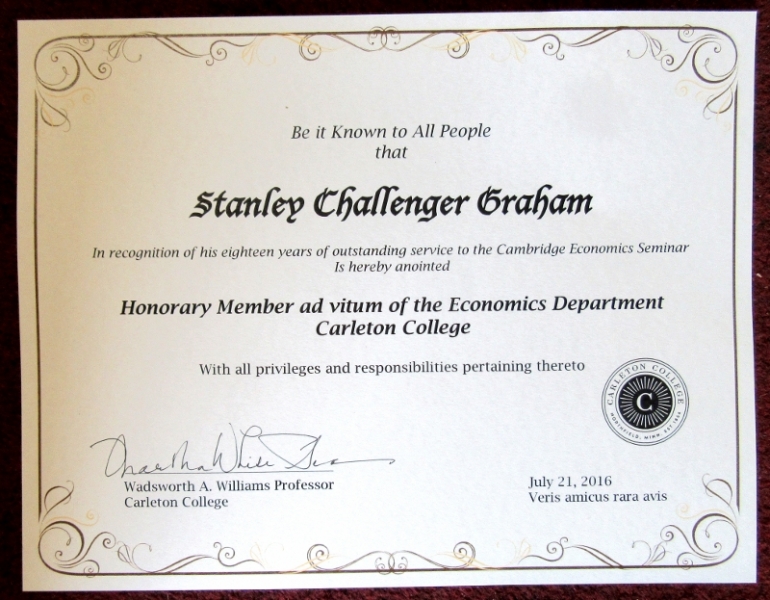 Nice one Stanley.
P.s......you were missed on here.
Gloria
Now an Honorary Chief Engineer who'd be dangerous with a brain!!!
http://www.briercliffesociety.co.uk
http://www.lfhhs.org.uk
Top

It was a nice touch Gloria and I appreciated it.
It's nice to be back, I missed my friends on OG just as you missed me. It reminds me that the site is such a big part of my life...... Lovely!
Stanley Challenger Graham
Stanley's View
scg1936 at talktalk.net 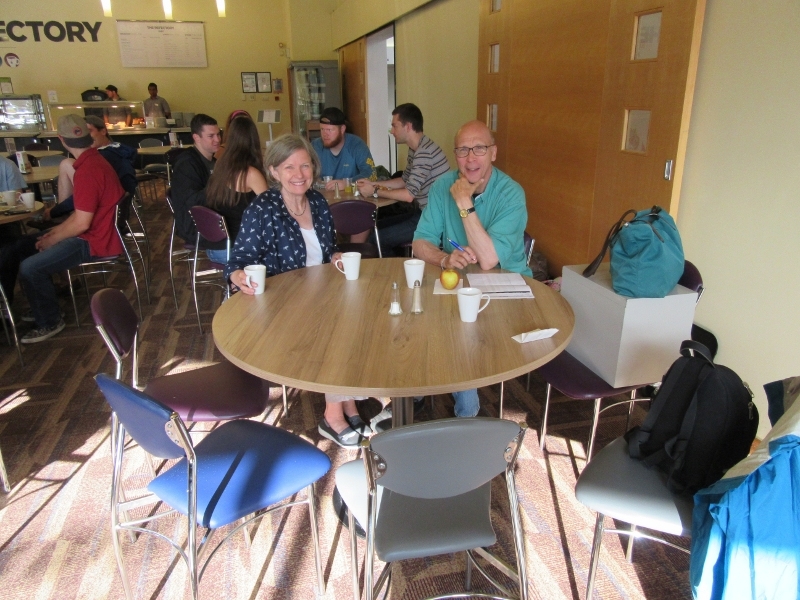 Martha and Roger collecting the keys on the last morning of their last trip. End of an era! 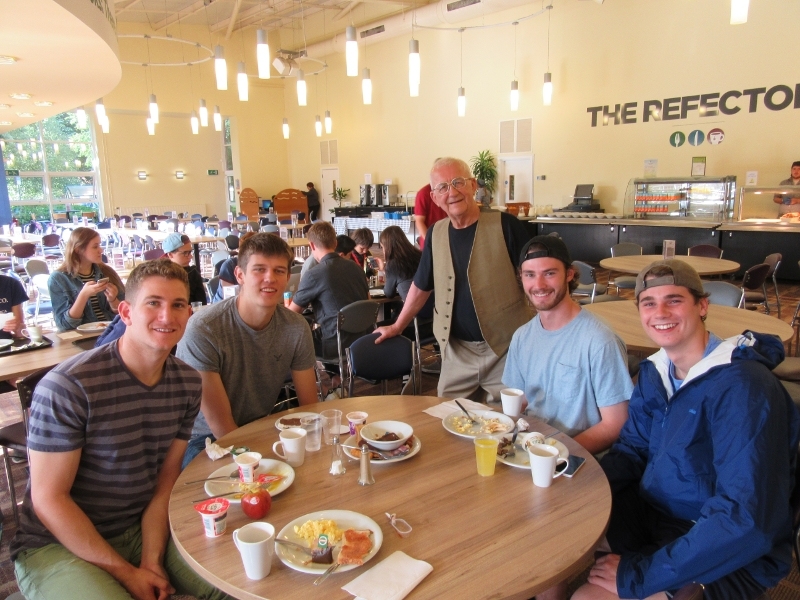 Stanley with some of the lads on the last day. Brilliant kids..... 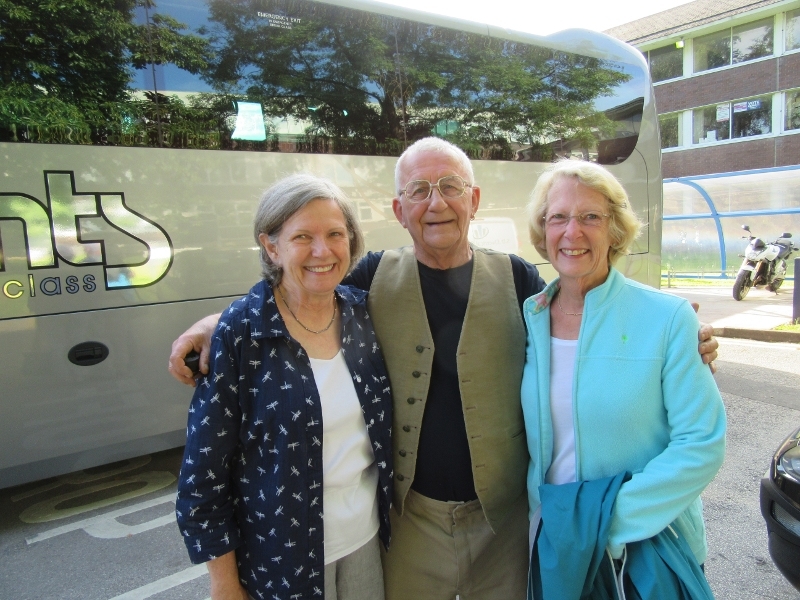 Possibly the best part of the trip, here I am with Martha on my right and Grace on my left. Two very good friends, I love them to bits!
Stanley Challenger Graham
Stanley's View
scg1936 at talktalk.net