I think there is a more modern version of this craft. It's called Kumihimo.

Don't ask me how I know about it - no idea - but here's a short video.Kumihimo for beginners
Born to be mild. . .
Top

We have started watching the Aussie version of "Back in Time for Dinner". We enjoyed the British version and wanted to see the differences between that and the Australian one. I love the way they set the kitchens up. a real step back in time and yet everything is so thoroughly familiar. Women didn't fare so well in terms of workload equality, but i thought the kids would have been expected to dry the dishes after dinner! (Gosh...we had to!)
Top

That's it Cathy, an old wooden cotton reel, four panel pins, a plain steel knitting needle and as many spare balls of wool as possible!
'Back in Time for Dinner'.... Just like my kitchen and cooking now!
Stanley Challenger Graham
Stanley's View
scg1936 at talktalk.net

Gir an’ cleek
GIR AN CLEEK.JPG
There were two kinds. Some had the handle attached to a ring, others just had a U on the handle.

Whup an' Peerie.
Whup an Peerie.jpg
We used to put small nails on the bottom of the peerie to make sparks as we whipped it along the road. There were competitions to get the best colour patterns on the top and you tried to keep a good one for as long as you could by freshening up the colours. I don't think they make them anymore. They say they are dangerous toys and you could cause an eye injury with the whip.

Whips and Tops are still widely available, not many kids would have a clue though, you can't plug them in to USB.

What always struck me was the viral nature of these games, one minute everyone had a whip and top and a couple of days later it was skipping ropes. Perennials with us lads were marbles...... 'Glass allis(?)'
Stanley Challenger Graham
Stanley's View
scg1936 at talktalk.net 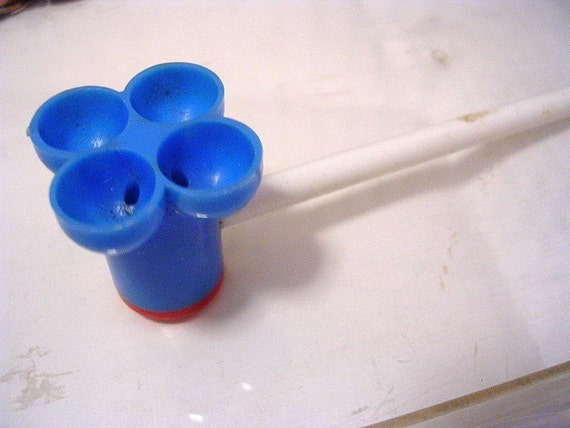 No. What is it?
Stanley Challenger Graham
Stanley's View
scg1936 at talktalk.net

The ice cream picture reminded me that we had lovely traditional ice cream in Newlyn, Cornwall, from a little old-fashioned ice cream shop called Jelberts. It's the old style ice cream, not creamy like the Mr Whippy stuff and probably not as calorie-rich. They have a Blogspot web page LINK but the font is very small so I've copied the text here:-

Jelberts ice cream has always been run by the same family, passed down from generation to generation. This means the recipe is the same as it was when the ice cream business began in the early 20th century.
Jelberts was started at the beginning of the 20th century by my great great grandfather. He bought the building above his house to be the tiny factory, and the shop at the bottom of the huge Paul hill in which to sell the ice cream. These buildings serve the same purpose today as they did when the shop first began, and the ice cream is transported down the hill, from factory to shop in the shell of a pram! As a child I remember riding down the hill on the top of a huge tub of fresh ice cream, being pushed along by my father in the midday sun.
The business was taken over by my fathers' uncle after my great great grandfather retired and has grown and grown in popularity. It has always been well-known in the Newlyn and Penzance area, as well as families coming down on holiday to Cornwall and eating a Jelberts every single day.
The current owner is Mr James Glover, former teacher and Oxford graduate. He has owned (or part-owned) the shop since the mid 1970s, after his uncle who had previously run the business sadly passed away. At first he ran Jelberts with his aunt and then became sole proprieter in 1980. He now takes on a more back-seat role, managing the business, but will still be seen in the shop every day serving the refreshing delicacy.
Hopefully the Jelberts legacy will continue to grow as time goes on and more people learn about the freshest, tastiest, tiny ice cream company at the end of Cornwall.
Top

When I was Open All Hours at Sough I used to make my own from a mix we could buy and just add cream and butter. It was lovely and always sold well! I inherited an old wooden cased machine with the business that froze by refrigerated brine and had a stainless steel mixing drum. It never failed.
Stanley Challenger Graham
Stanley's View
scg1936 at talktalk.net

Many people will remember the shout from mother "Go to the shop and get......". It was still common in the 1950s and 60s for kids to do small shopping. I once had a lad asking for 'bum papers' and got a toilet roll out, he looked at me as though I was crackers and in the end I realised that he was asking for 'Bun Papers', the small paper cups that buns were baked in. Shades of 'fork handles'!
Stanley Challenger Graham
Stanley's View
scg1936 at talktalk.net

The script of the Two Ronnies' fork handles/four candles TV sketch has just been sold at auction for £28,0000: LINK
Top

One of our main leisure activities was 'going to the park'. There was a municipal park 100 yards away behind the avenues. Part of it was a playground with a slide, roundabout and swings and at a very early age Dorothy and I would go there and play for hours. It was supervised by an extremely grumpy 'Parkie', the park keeper whose main purpose in life seemed to be to stop you enjoying yourself. We were terrified of him and used to run home if we saw him coming! I remember particularly that one day we were on the slide on a very hot day. We had a margarine paper apiece and used to use it to sit on to reduce friction. That was bad enough but Dorothy had stripped off down to her knickers and this was evidently breaking all the regulations. We were sent home in disgrace!
Stanley Challenger Graham
Stanley's View
scg1936 at talktalk.net 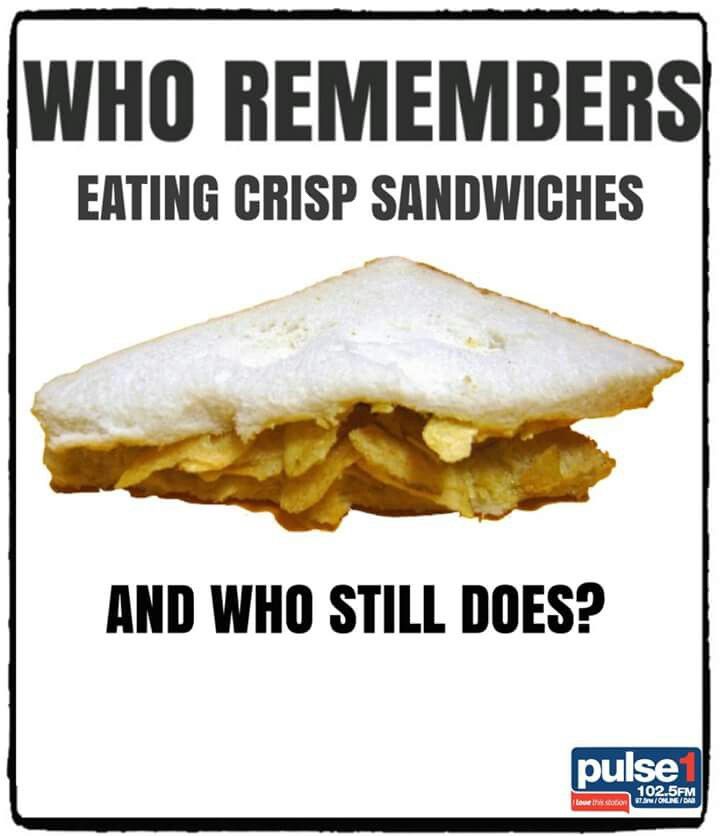 I still eat them ( occasionally) To me they are "holiday food"...and I'm happy to have one when camping. I like mine with sliced Tomato and a bit of Pepper. And I prefer the thinner style crisps, not the thicker ridged ones. Plain salted, but I quite like Salt and Vinegar ones in the Tomato Sandwich too.
Top

My favourite was always the bacon butty and even during the war mother managed to produce them for us and if bacon was not available, fried spam took its place.
Stanley Challenger Graham
Stanley's View
scg1936 at talktalk.net

I still have a crisp sandwich every so often (has to be chicken crisps). It's a throwback from high school lunches. Back then we always had a cream bun afterwards as well.
I know I'm in my own little world, but it's OK... they know me here.

How many of today's kids would know how to make a working "tank" out of a cotton reel, candle, rubber bands and a lolly stick? Or for that matter a "matchstick gun" from a wooden clothes peg, matchbox and more rubber bands? Both cost next to nothing and made from waste items but gave hours of pleasure. We used to race the tanks to see what obstacles they could climb and how far they would go.
Ian
Top

We used to put slices of candle in the tanks next to the bobbin for lubrication.
Stanley Challenger Graham
Stanley's View
scg1936 at talktalk.net

I cut notches into the rims of the cotton reels for grip when climbing. Thinking about it now, the simple design was self righting as long as it didn't go ever on its side. You got more power on the matchstick gun if you used a Swan Vesta's box.

We did that as well Ian, I'd forgotten that.
Another favourite was making parachutes out of a handkerchief, four pieces of string and a heavy metal nut. Wrap it all up and throw it as high as you could and it opened and drifted to earth..... Primitive drone technology?
Stanley Challenger Graham
Stanley's View
scg1936 at talktalk.net