I'm so sorry to see that report of Fay's death. As many of you know I worked with her for two years at Pendle Heritage and we were a good team. She was John Miller's secretary and understood him completely. She knew exactly how we should present one of our schemes and was never wrong. Fay was one of those ideal workmates you sometimes find and delight in. (She had a wicked sense of humour as well....) 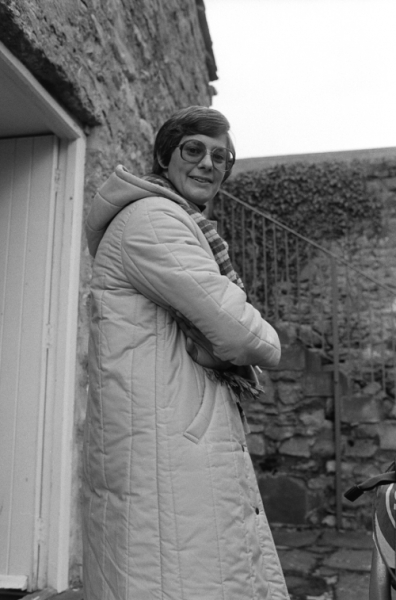 `WW2's 'Spitfire Women': Eleanor Wadsworth, one of last female pilots, dies' LINK
`One of the last surviving "Spitfire Women", who ferried aircraft to the front line in World War Two, has died. Eleanor Wadsworth, who was 103, was part of the Air Transport Auxiliary (ATA), a civilian service that transported fighter aircraft and crew. The ATA Association said she was among 165 women who flew without radios or instrument flying instructions. Mrs Wadsworth, who lived in Bury St Edmunds, died in December after a month of illness. During the war, about 1,250 men and women from 25 countries transferred some 309,000 aircraft of 147 different types..'.
Nullius in verba: On the word of no one (Motto of the Royal Society)
Top

Whyperion
Senior Member
Posts: 2425
Joined: 23 Jan 2012, 22:13
Location: Stockport, after some time in Burnley , After leaving Barnoldswick , except when I am in London

No one else on here will know him but RIP Tim. Just over a month for Covid to take you.
Kev

Tim was a year older than me, I'm nearly 60. He had no underlying conditions but the virus hit him hard. He'd been in intensive care for nearly a month and his daughters were told to come in and say goodbye. The following day there were signs of improvement and one of the new antibiotics appeared to show more signs of improvement. Sadly they didn't do the job and a couple of days later he passed away.
Scary stuff.
Kev

Sorry for your loss Kev. Losing a friend is tough.
https://www.wunderground.com/personal-w ... UNITEDK203
Top

Sorry to hear that Kev, 60 years is no age at all these days. It demonstrates how serious this virus is and reinforces my belief that we need to take every precaution. It also reminds me how lucky I am !
KBO...
Stanley Challenger Graham
Stanley's View
scg1936 at talktalk.net

Just got news that Ted Walker, Clitheroe haulage contractor, died yesterday after a long illness. I worked alongside Ted for years and he was a good man.
Stanley Challenger Graham
Stanley's View
scg1936 at talktalk.net

Viv Nicholson who with her husband won £150,000 on the pools and famously said she was going to "spend spend spend" - and did ! Viv Nicholson

PS I note now that this occurred in 2015. Quite how I noticed it yesterday is a mystery. Tried to delete post by wasn't allowed to do so. Apologies.
.
Born to be mild. . .
Top

Whyperion
Senior Member
Posts: 2425
Joined: 23 Jan 2012, 22:13
Location: Stockport, after some time in Burnley , After leaving Barnoldswick , except when I am in London

PS I note now that this occurred in 2015. Quite how I noticed it yesterday is a mystery. Tried to delete post by wasn't allowed to do so. Apologies.
.

Oddly a question on Who Wants to Be a Millionaire this week past I think. (as in who said the quote)
Top

I don't think it will stain the Trippier escutcheon David. However, if you really want it can be expunged.

Why not, you should be able to delete your own posts. As Stanley said, I can be magically removed by higher authority if required. I would have another go and tell it who's boss.

Tripps, I've been duped by news sites that put thumbnails alongside the story you're reading and when you click and go to that story it turns out to be an old one. The context usually gives it away but that's not so easy to notice with an obituary.
Nullius in verba: On the word of no one (Motto of the Royal Society)
Top

I think you have it there - being a trusting soul, I've been duped.

Never thought of it like that. We can't have that can we?

I'll do that - though had no success last time. I thought then, that it couldn't be deleted after someone else had read it, but this time it was attempted almost immediately. We'll see.

PS Failed again. Not even offered the option to delete now. Ah well - my escutcheon will have to remain tarnished. What's an escutcheon?

The option is there for those with elevated permissions, I would have thought you'd have the same on your own post. Strange...
Screenshot_20210202-114622_Chrome.jpg
You do not have the required permissions to view the files attached to this post.
Kev

Ah I see - you are confusing me with someone of importance.

I am not offered that option, even though I note that I'm 'VIP' member now.
I think that's like the LSGC medal - time served with undetected crime?

Just checked in the admin console and the basic forum permissions should allow Registered Members to delete their own posts.

I will log on with one of my normal member alter aliases and see what the deal is.
Ian
Top

Here I am with my normal user hat on. I have just created a post in Practice Posting thread and it has the delete option available. This account has the same forum permissions as yours Dave.

You should see a cross above the post which should allow you to delete.

Sorry I butted in Ian, I thought it was you that was trying to delete.

I'm assumimg you mean after I press the 'edit post' icon? Tried again and I don't see a cross.

PS Either in or out of 'edit' mode.

Off at a a tangent I just found out why the LSGC medal is known as a 'Rooty Gong' so the morning hasn't been wasted.