No I didn’t. I did pop in there to ignore it.
The 2nd pic was no where near the first one, to select.
What is going on? Do, do do do, do?
I’ll put the first pic up again, otherwise it will be lost.

Well I was sat here with my glass of Red, starting to worry ‘bout ya.

You have the power to delete it Cathy, just edit the post. I can do it for you if you want.

No no, it won’t make much difference.
It is what it is. No matter.

Old lives Matter.jpg
You do not have the required permissions to view the files attached to this post.
Top

Did I hear a joke somewhere about a man being told to stop using fly spray because Black Flies Matter?
Nullius in verba: On the word of no one (Motto of the Royal Society)
Top

If you did it is unlikely to have been on the BBC.

A physics student at the University of Copenhagen was once faced with the following challenge:

"Describe how to determine the height of a skyscraper using a barometer."

This answer so incensed the examiner that the student was failed immediately. However, the student appealed on the grounds that the answer was indisputably correct, and the university appointed an independent arbiter to decide. The arbiter judged that the answer was indeed correct, but that it did not display any noticeable knowledge of physics. To resolve the problem, it was decided to call the student and allow six minutes for him to provide an oral answer. For five minutes the student sat in silence, his forehead creased in thought. When the arbiter pointed out that time was running out, the student replied that he had several extremely relevant answers but could not decide which to use. "Firstly, you could take a barometer up to the roof of the skyscraper, drop it over the edge and measure the time it takes to reach the ground, but too bad for the barometer. "If the sun is shining you could measure the height of the barometer, then set it on end and measure the length of its shadow. Then you measure the length of the skyscraper�s shadow, and thereafter it is a simple matter of proportional arithmetic. "If you wanted to be highly scientific, you could tie a short piece of string to the barometer and swing it as a pendulum, first at ground level, then on the roof of the skyscraper. The height of the building can be calculated from the difference in the pendulum�s period.

"If the skyscraper has an outside emergency staircase, it would be easy to walk up it and mark off the height in barometer lengths. "If you wanted to be boring and orthodox, of course, you could use the barometer to measure the air pressure on the roof of the skyscraper and on the ground, and convert the difference into a height of air.

"But since we are continually being urged to seek new ways of doing things, probably the best way would be to knock on the janitor�s door and say: �If you would like a nice new barometer, I will give you this one if you tell me the height of this building�." The student was allegedly Niels Bohr. This story ties in well with an anecdote recounted in Abraham Pais� book Niels Bohr�s Times, in Physics, Philosophy and Polity (Oxford, 1991). In his youth, Bohr played goalkeeper in soccer. On one occasion his team was playing against a German side, and most of the action was taking place in the German half of the field. Suddenly the German team counterattacked, and a spectator had to shout to warn Bohr, who was using the goalpost to write down a mathematical problem.
Stanley Challenger Graham
Stanley's View
scg1936 at talktalk.net

A civil engineer, a chemist and an economist are travelling in the countryside. Weary, they stop at a small country inn. “I only have two rooms, so one of you will have to sleep in the barn,” the innkeeper says. The civil engineer volunteers to sleep in the barn, goes outside, and the others go to bed. In a short time they’re awakened by a knock. It’s the engineer, who says, “There’s a cow in that barn. I’m a Hindu, and it would offend my beliefs to sleep next to a sacred animal.” The chemist says that, OK, he’ll sleep in the barn. The others go back to bed, but soon are awakened by another knock. It’s the chemist who says, “There’s a pig in that barn. I’m Jewish, and cannot sleep next to an unclean animal.” So the economist is sent to the barn. It’s getting late, the others are very tired and soon fall asleep. But they’re awakened by an even louder knocking. They open the door and are surprised by what they see: It was the cow and the pig!
Stanley Challenger Graham
Stanley's View
scg1936 at talktalk.net 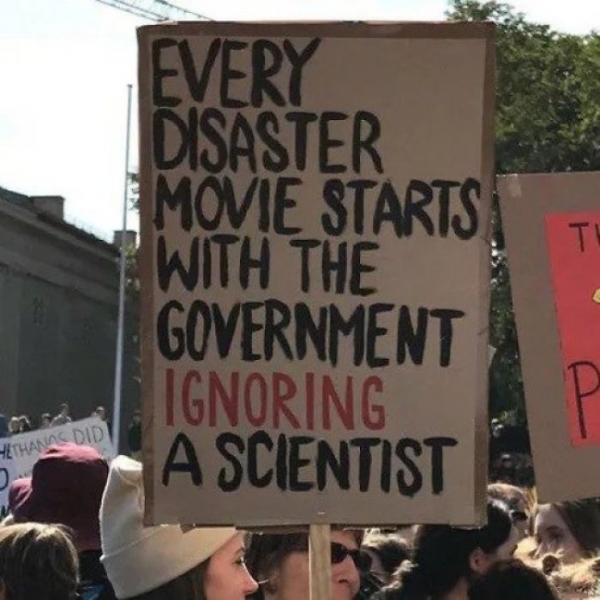 Screenshot_20201017-172029_Metal Pro.jpg
You do not have the required permissions to view the files attached to this post.
Kev

I thought at first it was in a car wash.....
Stanley Challenger Graham
Stanley's View
scg1936 at talktalk.net

Reproduced below is an Economist Joke that illustrates the separate facilities solution to an externality problem.
Three guys decide to play a round of golf: a priest, a psychologist, and an economist.
They get behind a very slow two-some, who, despite a caddy, are taking all day to line up their shots and four-putting every green, and so on. By the 8th hole, the three men are complaining loudly about the slow play ahead and swearing a blue streak, and so on. The priest says, “Holy Mary, I pray that they should take some lessons before they play again.” The psychologist says, “I swear there are people that like to play golf slowly.” The economist says, “I really didn’t expect to spend this much time playing a round of golf.”
By the 9th hole, they have had it with slow play, so the psychologist goes to the caddy and demands that they be allowed to play through. The caddy says O.K., but then explains that the two golfers are blind, that both are retired firemen who lost their eyesight saving people in a fire, and that explains their slow play, and would they please not swear and complain so loud.
The priest is mortified; he says, “Here I am a man of the cloth and I’ve been swearing at the slow play of two blind men.” The psychologist is also mortified; he says, “Here I am a man trained to help others with their problems and I’ve been complaining about the slow play of two blind men.”
The economist ponders the situation-finally he goes back to the caddy and says, “Listen, the next time could they play at night.”
Stanley Challenger Graham
Stanley's View
scg1936 at talktalk.net

Have a look at the SITE Peter....
Stanley Challenger Graham
Stanley's View
scg1936 at talktalk.net

My friend, Miss Beatrice, the church organist, was in her eighties and had never been married. She was admired for her sweetness and kindness to all. One afternoon the local Priest came to call on her and she showed him into her quaint sitting room. She invited him to have a seat while she prepared tea.
As he sat facing her old pump organ, the young minister noticed a cut-glass bowl sitting on top of it. The bowl was filled with water. In the water floated, of all things, a condom! When she returned with tea and scones, they began to chat. The pastor tried to stifle his curiosity about the bowl of water and its strange floater, but soon it got the better of him and he could no longer resist.

'Miss Beatrice', he said, pointing at the bowl 'I wonder if you would tell me about this?'

'Oh, yes of course' she replied, 'isn't it wonderful? I was walking through the park a few months ago and I found this little package on the ground. The directions said to place it on the organ, keep it wet and that it would prevent the spread of disease and do you know something? I have not had the Flu or any other ailment all winter!'
Top

A question China. Do the Chinese have any comparable plausible type of jokes like we have or are they all of the straight slapstick type.
Top

A Chinaman, a Taiwanese and a Hong Konger went into a pub together....

plaques wrote: ↑22 Oct 2020, 08:17 A question China. Do the Chinese have any comparable plausible type of jokes like we have or are they all of the straight slapstick type.

I can't remember anyone telling a joke. Plenty of slapstick comedy on TV which they love. Mister Bean goes down well here.

They don't seem to understand most jokes, especially English ones.

Result: 100 blank faces questioning if I really did eat children. Me, howling with laughter just looking at their reaction.
Top

"East is east and West is west and never the twain shall meet"?
Stanley Challenger Graham
Stanley's View
scg1936 at talktalk.net