Have to do a catch up on Line of Duty, I time shifted it by about 15 minutes while I sorted my bread dough. We started watching it and I managed to cancel it about 15 mins from the end.

Latest episode is on the Iplayer now so we will watch the end tonight.

Agreed on Chris, Freddy and Paddy, there are idiots and idiots and these lads are much better than the Clarkson mob, they bounce off each other very well.

I haven't dipped into either as yet, I shall save up until I can have a binge. I think this series of Line of Duty is seven episodes.
Stanley Challenger Graham
Stanley's View
scg1936 at talktalk.net

I gave up on Top Gear a while ago but watched it the Sunday before last because they were filming on Ardnamurchan, where their task was to get a lightbulb to the lighthouse. It was lovely to see views and sections of the single track road that we had travelled so many times, even the entrance to "our" caravan site just before the last stretch up to the lighthouse. Silly, but worth a watch Stanley!
https://www.wunderground.com/personal-w ... UNITEDK203
Top

Watched the canal boat diary last night on bbc4, he travelled from Ellesmere Port to Audlem, he showed quite a bit of the canal side of Chester which you could relate to Wendy.
Then watched Intruder on ch5 on for 4 nights this week, another good watch.
Gloria
Now an Honorary Chief Engineer who'd be dangerous with a brain!!!
http://www.briercliffesociety.co.uk
http://www.lfhhs.org.uk
Top

I watched it Gloria, we really enjoyed the last series....not a celebrity in sight!
https://www.wunderground.com/personal-w ... UNITEDK203
Top 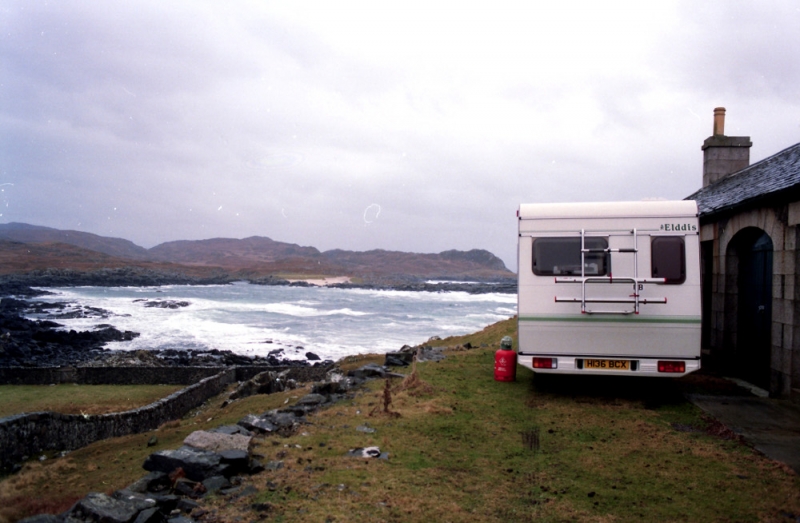 Lovely place to park a camper van on a night in 1991 when a gale was expected. The old keeper's cottages sheltered us nicely. One of my favourite spots on earth.
Stanley Challenger Graham
Stanley's View
scg1936 at talktalk.net

We are watching that as well. A perfect example of a bloke digging himself into a bigger hole by every action.

I went back on catch up and found a top gear on Monday but it must have been a repeat, no lighthouse! I will try again.
Stanley Challenger Graham
Stanley's View
scg1936 at talktalk.net

Episode 3 Stanley, starting about 40 minutes in.

I must have got the wrong Episode 3 because once again I missed!
Stanley Challenger Graham
Stanley's View
scg1936 at talktalk.net

Watched the last Invader last night, well that was a bit different, don’t really know whether I enjoyed it or not.
Gloria
Now an Honorary Chief Engineer who'd be dangerous with a brain!!!
http://www.briercliffesociety.co.uk
http://www.lfhhs.org.uk
Top

We thought that a mind game ending was a bit weak. Could have been better if the beach guy found him in the nick of time and wifey got her comeuppance.

Just watched 'Have I got news for you'. Pretty dire. Paul Merton is old and seems to have lost his wit and agility. I had to check who the other old geezer was - the face was vaguely familiar - my goodness it's Jack Dee. I see the other panellist was 'The Atlantic journalist Helen Lewis'. Me neither, but she was the sharpest of them all.

It didn't raise even a smile from me. I see it's in its 61st season. Good grief. Wouldn't bother me if I wasn't paying for it, but now I am. Time to stop the suffering I'd say.

Did anyone watch Too Close on itv last night, excellent acting, riveting watch, can’t wait for second part tonight? Runs over three consecutive nights, makes it easier to remember what went on night before.

Paulette has been watching Yorkshire Farm. I think she's set it to record now as we keep forgetting when 'live' programmes are on

Going to watch Yorkshire Farm and The Syndicate on catch up. We watched 2nd part of Too Close last night, it really keeps the attention, 3rd and last part tonight. The two main lady characters are excellent.
Gloria
Now an Honorary Chief Engineer who'd be dangerous with a brain!!!
http://www.briercliffesociety.co.uk
http://www.lfhhs.org.uk
Top

David, I watched HIGNFY last night and agree, it was a bit slow but not quite as bad as you reported. Give them a chance, still working under the handicap of no live audience.
Stanley Challenger Graham
Stanley's View
scg1936 at talktalk.net

We had good tv watch last night. Caught up on The Syndicate, caught up on Our Yorkshire Farm, then watched the final episode of Too Close, I’d envisaged a different ending to the one they gave us.
Gloria
Now an Honorary Chief Engineer who'd be dangerous with a brain!!!
http://www.briercliffesociety.co.uk
http://www.lfhhs.org.uk
Top

We've watched this Rick Stein series on Cornwall: LINK Very interesting, he meets lots of people who live there going about their work and play. One of the best is a grizzled old codger who looks after the gardens at one of the big houses and claims to have the best job in the world!

I was lucky, all my jobs were the best in the world. If they weren't I did my best to make them better!
Stanley Challenger Graham
Stanley's View
scg1936 at talktalk.net

I watched quite a bit of the funeral. Tried not to - but well, really had to.

First thoughts -
We do these things rather well don't we?

Shame they couldn't have found a space for at least one 'ordinary person' who wasn't one of the elite. Could have replaced one of the Germans that no one has ever heard of perhaps. Shows they think more of minor European royals than the British people?

I think they could have squeezed Boris in somewhere. He's just had his haircut and all.

Harry met William, and spoke to him. I do hope it was spontaneous and not just PR. They say he was disrepectful coming out and slapped his racecard against his leg. Oh dear.

That rugby player held his wife's hand as they came out. That will never do - showing a normal human reaction. I liked it though.

The four person choir was good -the rest can expect their P45's shortly I'd say.

The words spoken by the Clergy were even more ridiculous than usual. Does anyone listen to it all, and really believe any of it now?

Good as far as it went, but I think I still prefer Princess Margaret's method - service then just quietly away to Slough Crematorium - just up from the old dog track.
Born to be mild. . .
Top

Nothing like a good funeral to start your day. Mrs P watched it, typical sense of morbid curiosity. Could find her knitting pattern which took the edge of it.
Top
Post Reply
2464 posts