A very productive meeting of the ILP Land Society yesterday. We are looking at how we can make Clarion House even more ecologically friendly.

Upgrading is always a difficult problem. The old Clarion hut has so much nostalgia about it that it would be a shame to lose its historical attraction with too much modern technology. Like the bronze age axe original except two new heads and five new handles. Ian I wish you luck with your deliberations I suspect there is no easy answer.
Top

That's the problem Ken. We have extended it in keeping with the original. The original builders were never shy of making modifications as they saw fit. The building didn't have a verandah when it was built. That was added in the 20's but it wasn't enclosed, that again was done later. The building originally had a pot bellied stove for heating, the open fire came in the 30's along with the original outside toilet block and digester system that was built by apprentices. They all still function and are used during the week by walkers and cyclists who have the need.

There is no gas or mains sewage on Jinny Lane.

A lot of the works had to be done such as the roof replacement, rebuilding of the upper verandah, replacing the asbestos roof and rendered corrugated gables with wood cladding. Inside flush toilet to replace the tippler after the "expert" bloke from the university broke the tippler mechanism!

We did have a full survey done on the wood frame during refurbishment and that is still sound and original from 1912. At the end of the day it is a wood framed timber clad building with single glazed windows. It has intermittent use, (every Sunday and other special days) but that only adds up to about 70 openings a year. That alone creates a lot of the challenges.

Here are a few images from over the years, the first one is from Roger Brown and Stan Ivesons book "A Monument to Movement" which shows it in the early 20's and then 40 years later in the 60's. I can send you a copy of this if you don't have one. We had it reprinted along with the story of how the film "The Last Clarion House" was made. 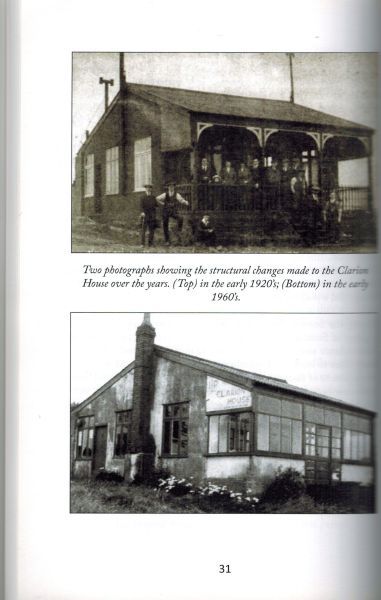 This is one from 2014, extension, verandah and roof replaced but still with the rendered corrugated gables. The stack on the gable was only secured by a single bolt into the render.! 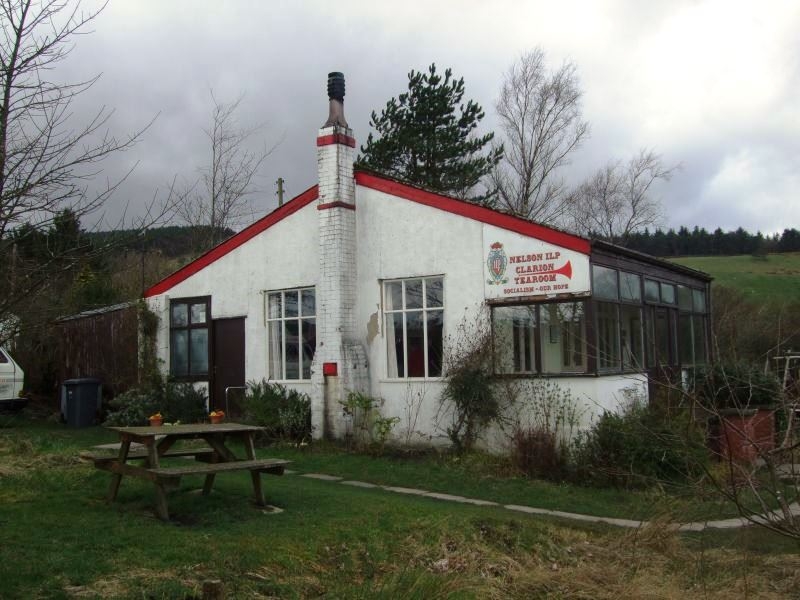 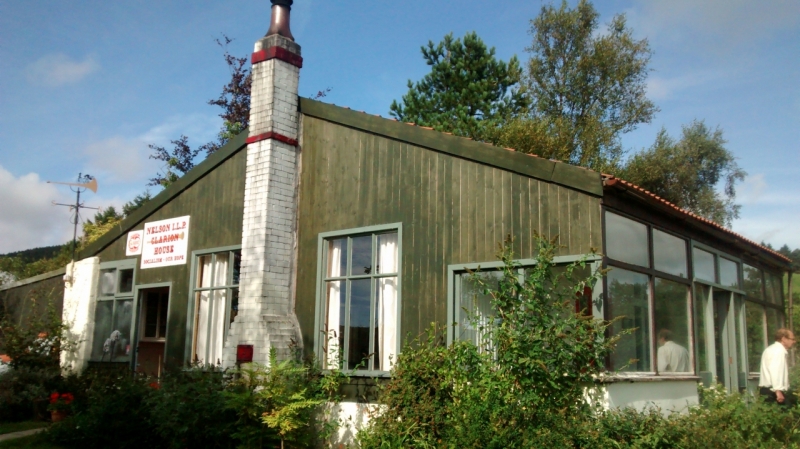 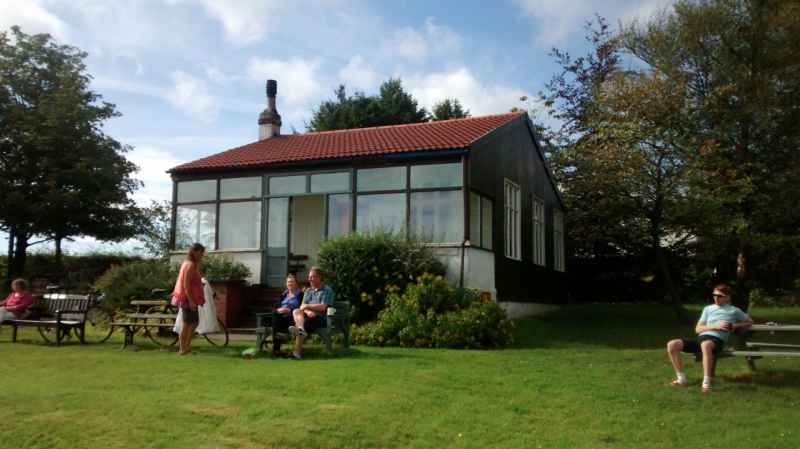 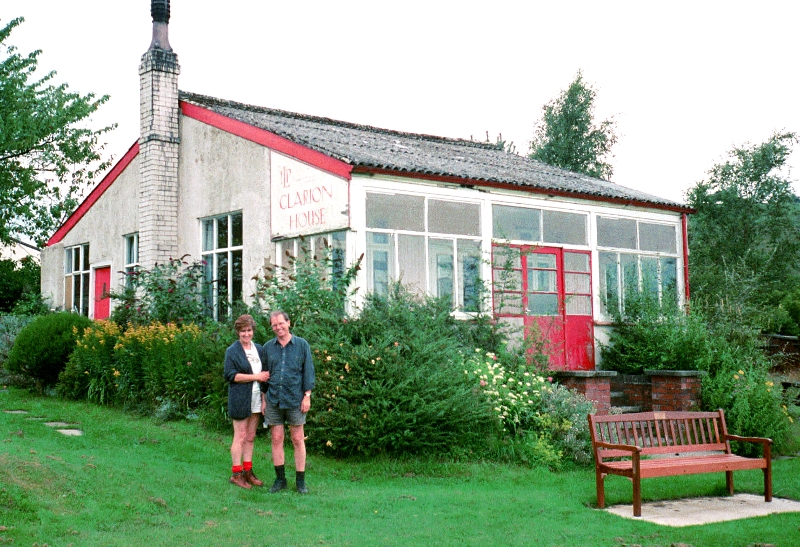 Ian you were kind enough to give my a copy of the booklet some time ago. I keep still dipping into it whenever I come across some ILP info:

One thing that we are going to action is the installation of outside electrical charging point for electric bikes.

I don't think there's a common standard for e-bikes. They seem to vary from 30V to 70V with different charging rates (Ah's) and different connections not to mention the electronic controllers. Its one of those things that seems a good idea but full of pitfalls.
Top

Common denominator for all the chargers is that they all plug into a standard mains socket. That is also the cheapest option to provide the service. We have looked into the financial aspects of charging and it varies as you say, depending on the capacity of the battery stacks. We have looked at a range of different electric bike manufacturers and the average charge cost is around 10p. A suitable notice will be adjacent to suggest a voluntary donation. We already have the Clarion House model building that we use for donations at the side of the serving hatch.

We will probably fit 2 - 4 external mains sockets on the gable wall at the kitchen end which is where the consumer unit is. they will be fed via an isolation switch and will be protected by the RCD in the consumer unit. We turn the power off when the house is not occupied.

The external mains supply and water point will come in handy for site maintenance and for the odd time that we have campers on the field. We have the odd overnight campers for folk that come from afar to events like the Big Red Picnic and the Summer Barbecue etc.
Ian
Top

Our visitors are very good a voluntary donations, I am fairly certain we will not run at a loss.

At our ILP Land Society meeting, Ruth who is the secretary of the Friends of Clarion House reported that their spring maintenance schedule includes a repaint of the kitchen and boot room and also another coat of varnish for the kitchen floor which gets a lot of traffic. Outside ground works includes digging out and relining the pond which has been dry for some time. It's about 30 years since we dug it originally. It will be good to get some water life back at the bottom of the field.
Ian
Top

This was posted on the ILP Land Society Facebook page.

Many, many thanks to Michael Walker, who has found this photo of the Nelson ILP banner, being used in active service.
On the 23 May 1928, J Husband a weaver and representative Of the Weaver’s Association was dismissed for bad work. A seven week strike involving 15 thousand weavers ensued until an agreement was reached. This fantastic image is from the Red Rose Collection. 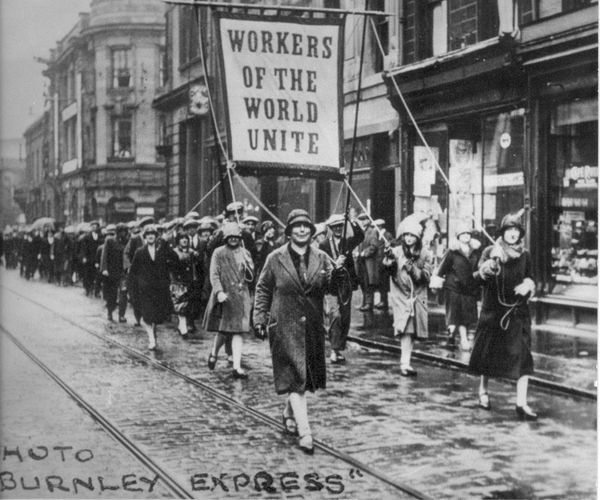 Smashing image from a time when folk used to actually do something to defend their jobs. The banner is now resident at Clarion House.
Ian
Top

Wonderful Ian! Compare and contrast to honesty and clarity of principle of these people with the scum I have just been attacking in Parliament on another thread. Johnson and his gang would think these workers simple minded and beneath contempt, they simply don't comprehend the deep principles involved.
A beautiful image.....
Why does Paul Robeson singing Joe Hill come into my mind as I look at these women?
Stanley Challenger Graham
Stanley's View
scg1936 at talktalk.net

I will have to run you up to the Clarion at some point Stanley. It's Clarion Sunday on the 12th June which is when all the Clarion cycling clubs gather at the house along with Clarion Choirs who will be singing. Although ILP Clarion House is not directly linked to the Clarion Cycling movement it has been used over the years by thousands of cyclist for rest and refreshment. Might be a bit busy for you though that one, last year there were over 200 cyclists and members of vocal unions. Belting if it's a fine day as well.

We have the Big Red Picnic a bit later in the year and usually the Friends of Clarion Summer Fun Day and Barbecue. Again usually very busy but fine if it's a good day, plenty of room outside. Or maybe just a normal Sunday when its fine would be better.

That's a kind offer Ian and yes, a normal day with a shortish stay would be best.....