A community site for Barnoldswick & the surrounding area
https://www.oneguyfrombarlick.co.uk/

by Wendyf
The Mining Museum in Earby opens for the final time this weekend, so if you always meant to have a look but have never got round to it.....this is your last chance.
Most of the collection is being moved to Hawes Museum.

by Stanley
Such a shame, I feel sorry for the volunteers who kept it going against the odds. Any news of the fate of the building?

by Wendyf
The building remains the property of the Robert Windle Foundation Trust who, I understand, hope to let it out for a commercial rent. I expect it will take a few months at least to dismantle the displays and pack everything up. There is the water wheel and ore crusher to remove for a start....
Photos from the museum's own website.

It was brought down from the hills above Kettlewell by members of the Earby Potholing Club using one old tractor and a lot of enthusiasm!

by Tizer
Ironically, it's a year ago, give or take a few days, that I asked about the Museum on OG and Wendy replied, writing: "Sunday opening only at the moment Tiz, which is a pity as it is packed full of interesting displays. It's run by a decreasing number of volunteers, who aren't being replaced by younger folk as they reach more mature years." At least it's going to another home and not onto the scrap heap. Some historical artefacts are getting binned nowadays because there's nowhere with money to look after them. Archaeologists report that a lot of museums are refusing to take material, they've nowhere left to store it. The same with people's lifetime collections, they often don't want them.

by plaques
Just wondering what they are going to do with Stanley's pipe collection? 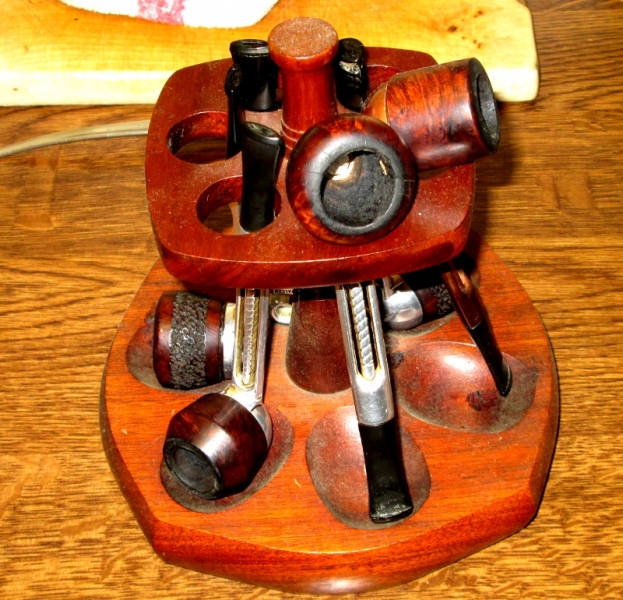 The current collection. Used in rotation.....

by Wendyf
Good news that the Dales Countryside Museum in Hawes has received a £90,600 Heritage Lottery Grant to research & display the lead mining collection.

by Stanley
That is very good news Wendy. I edited my pipes......
All times are UTC
Page 1 of 1
Powered by phpBB® Forum Software © phpBB Limited
https://www.phpbb.com/