Hello - fascinated by the remoteness and dereliction of this place, can anyone shed any light on its history and more especially how it has come to be left to rack & ruin? Land Registry records are non-existent..............

Hello Jane and welcome to the site, I'm fairly sure Wendy will have some information, she lives higher up the valley and am sure will find your post. I seem to remember some pictures she put up in the walking thread as this is one of her routes down into town.
Ian
Top

Thanks Ian for the welcome! Just seems so sad that when people breathe life into abandoned properties all over the place that this one is left alone, and seems to have been empty for years......
Jane.
Top

Hello Jane, welcome to the site. Fiddling Clough is a wonderful looking place isn't it? I get quite emotional every time I see it. It is in remarkably good condition to say it has been empty for so long...probably because it is so far off the beaten track. I imagine that the cost of putting in a track and electricity would be huge and that may be why it has been left empty. The Earby History Society has some good old photos from when it was lived in....some stories about the people who lived there as well, I will see what I can find tomorrow.
https://www.wunderground.com/personal-w ... UNITEDK203
Top

Thanks Wendy. Oddly enough I haven't seen Fiddling Clough myself yet but my parents walked past it recently and have told me all about it. It's captured my interest mainly because it's derelict & is in such a beautiful place - the two don't add up! But I get what you mean about modern amenities. I've looked through the internet to find out what I can about it & I can't wait to see it when I'm back home. Would love to see pics of it when it was somebody's home & to know more about its history. Feels sad for it to be bereft.
Jane.
Top

Jane, I get the same feeling whenever I see an abandoned dwelling in the countryside. It has been a home and there is always a history. It is off my usual beat but I have a few snippets I have picked up during my research....
Craven Herald article 1944; Described as 'Fiddling Clough' the auithor says it is a pleasantly placed farm formerly occupied by Mr Sylvester Lowcock and more recently by Mr Richard Wilkinson.

Here's an excerpt from Earby Reminiscences which is on the site;

Scenes Above the Clough
Amid their deprivations the people occasionally made merry, and one of the most notable occasions was "the opening of 'John o' Ned's 'en 'oil." He was a queer character this John o'Ned's, but usually a quiet, harmless sort of man. He lived at 't' Fiddling Clough,' which was rather like a hospital (a refuge), where anybody without a home of their own could find lodging. He took it into his head to build a new 'en 'oil (hen cote) on the edge of Wentworth Moor. above the clough, and he had a lot of chaff to take; but he astounded all his mates by telling them there was going to be an "oppening," and a "reight good do." He actually got the consent of the village brass band to come, and some sports of a very primitive nature were arranged. The band led a motley procession through the streets of Earby, and there was no lack of spectators, who followed in their train. Some of the processionists were on ponies and donkeys, some had their trouser linings turned out, and there were others who carried strings of dumplings, and other eatables. Up the Mill Brow they went, over the Brigstones, up the Dark Lane, until they halted in a field on the edge of the moor. While the eatables were being prepared the donkey and pony races took place, to the unrestrained merriment of the crowd, and more than one rider was thrown over the head of the unwilling beast. Among the riders were two men, known as Bill and Harry "Coventry,” because they were mechanics who had come from the Midland town to set up machinery in the mill. Than there were two tailor brothers, "Priest" and "Needles" (Jack and Billy Briden).
Eating dry teacakes was a tame affair compared with what followed - eating hot dumplings from a greasy plate without knife and fork. Behind the 'en 'oil there was some rising ground, and the contestants stood behind the stone structure, and their plates rested on a stone ledge or shelf. The exhibition was in full view of the hilarious throng, and no modern forms of entertainment could provide such a "star turn."
In the fall of the evening dancing took place to the enlivening strains of the brass band, and actually at the close, someone struck up "Praise God from whom all blessings flow," because it was the beginning of a new life for "John o' Ned's." "It was a day!" said my informant, Mr. Edmondson, and he was there to see!
Craven Herald and Pioneer July 22nd 1938
Transcribed by Bob Abel, used with his permission.
These articles also appear on the Earby & District Local History Society web site
2654 words
April 17, 2005
jt

Fiddling Clough Laithe is an outbarn belonging to the farm Jane, though the position of the writing on maps makes it easy to confuse the two.

"Located below Dodgsons, at the top of Dark Lane, in Thornton Parish. It was once owned by Thornton Church and purchased in 1919 by Amos Nelson of the Gledstone Estate. Tom Jaques rented it from Amos Nelson and my grandfather Amos Holden managed the farm for him in the 1920's and 30's. Other tenants have included the Lowcocks; John Wilkinson or John o' Neds who had the spectacular opening of his hen hoil on the moor; a Mrs Bailey who had regular prayer meetings; Fred Waddington who mended boots and clogs; Arthur and Frank Waddington who were members of the brass band. In 1949 the farm was sold by Amos Nelson to Tom Lumb who had the paper mill at Skipton. The last tenant was Group Captain Hartley from Liverpool. The house still stands but is derelict and David Wood of Oakslack owns the land."

The early history of the farm is covered in Dennis Cairns " Marlfield Papers" which I have attached as a pdf.

marlfield papers (1).pdf
Stephanie Carter one of our history society members, wrote these articles about life at Fiddling Clough for the Earby Chronicles in 2004/5.

I have moved this topic here into the Local History thread, I just realised it was in the Practice Posting thread which gets automatically purged of posts. Too much information to lose. I will PM the original poster so she can find it.
Ian
Top

An early photo of the farm. 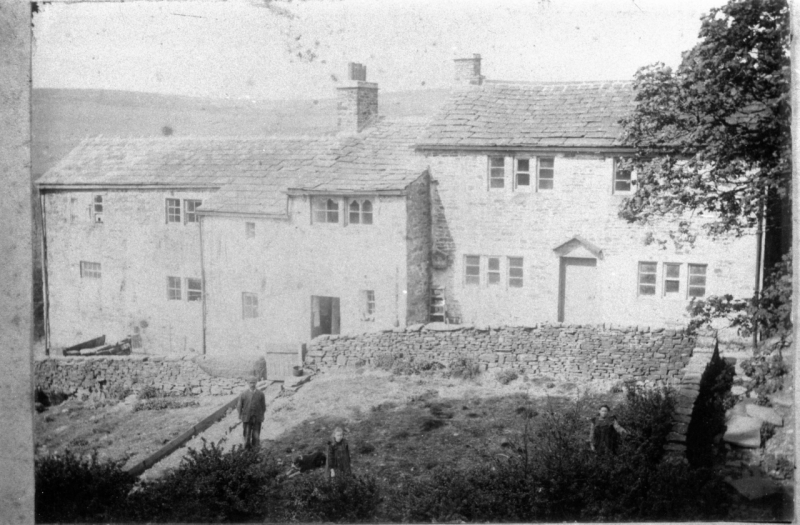 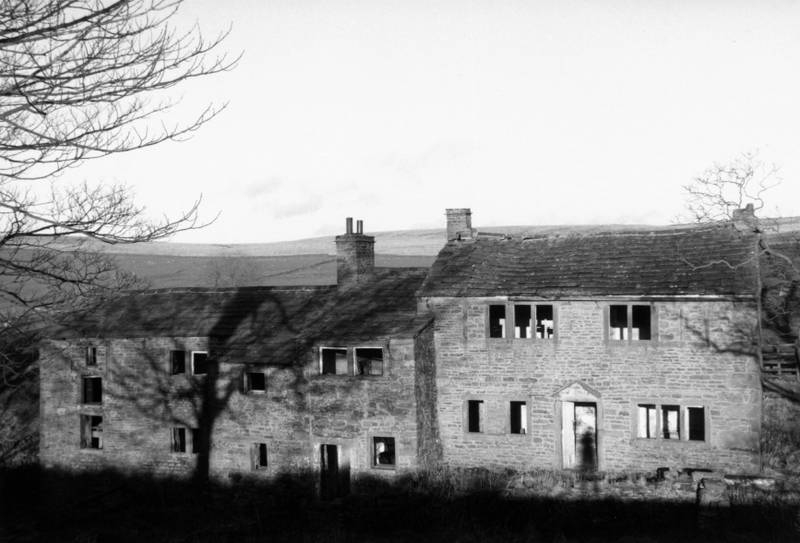 I took these last year; 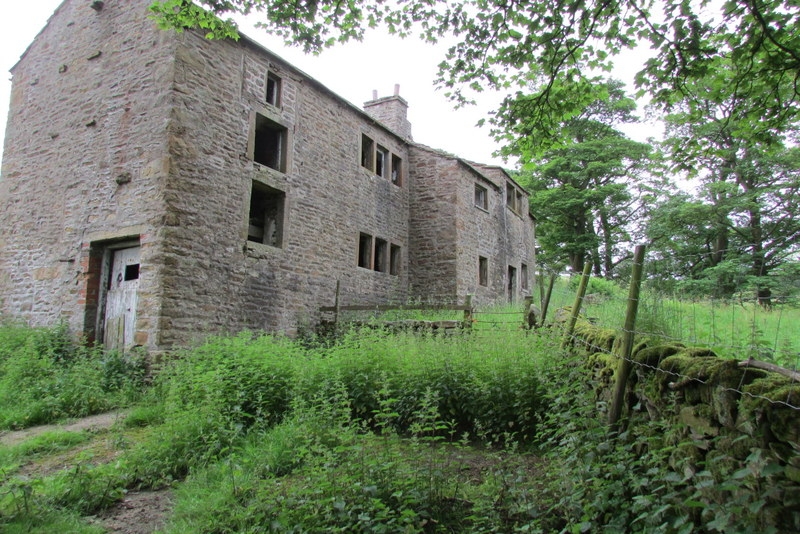 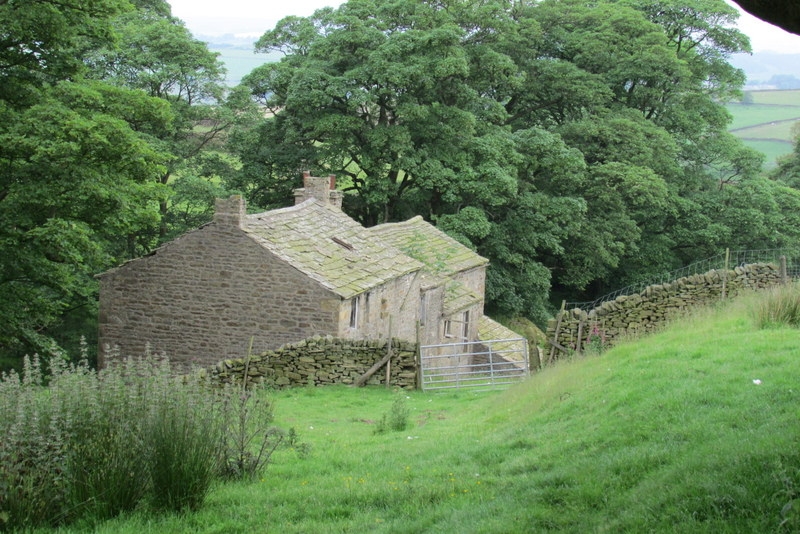 Love the pics and also Stephanie's articles. So much from the 1930s that I recognise.....
Stanley Challenger Graham
Stanley's View
scg1936 at talktalk.net

Thank you Wendy for all of the fascinating information and the pictures, it's really kind of you to have dug it all out. I'll share it with my parents too who have lived locally since the 1940's - they'll be really interested in lots of the info. It sounds like Fiddling Clough was a busy household, and it looks so big and in good condition really, so it makes it more sad that it's empty now. I look forward to seeing it later this month.Thank you again.
Jane.
Top

PanBiker wrote:I have moved this topic here into the Local History thread, I just realised it was in the Practice Posting thread which gets automatically purged of posts. Too much information to lose. I will PM the original poster so she can find it.

No trouble Jane, it's always good to get an excuse to draw information together into one place. Stephanie's account of life at Fiddling Clough in the 1920's and 30's must apply to most small farms in the area.
https://www.wunderground.com/personal-w ... UNITEDK203
Top

What a shame, it looks a good building.
Say only a little but say it well.
Top

You're right Moh and Wendy, it applies to other places outside the local area. When I was at Whatcote in Warwickshire we had no mains services, the outside earth lavatory and the bath in the kitchen. My first job in the morning after 5AM milking was to pump the water for the day from the well into a large tank above the kitchen, half an our on the semi-rotary pump in the wash house while Mrs Gleed cooked breakfast.....
Stanley Challenger Graham
Stanley's View
scg1936 at talktalk.net

I have just updated the image links in this post and read through Stephanies notes, a good read.

One question, did Rachel's decision to cancel the life insurance on Amos pay off?
Ian
Top

I've just had a look Ian and it looks like Rachel died about 20 years before Amos.
https://www.wunderground.com/personal-w ... UNITEDK203
Top

An astute woman then Wendy.