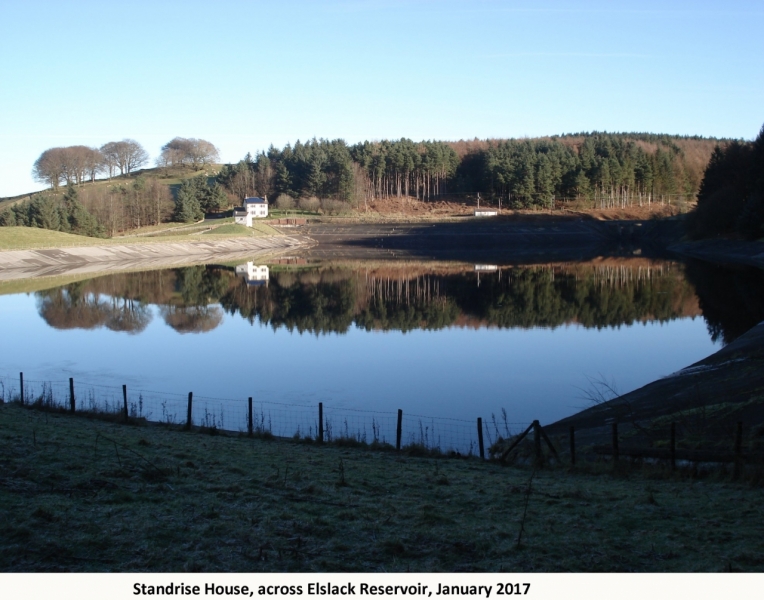 From about 1951 to 1968 Herbert Manton, Bert to all who knew him, was responsible for day to day running of Elslack reservoir. This involved all aspects of general day to day maintenance and routine of running the complete site. He cut the grass on the sloping banks in summer with an ancient Atco petrol mowing machine. He made sure the run off gullies were all cleared of debris from both winter and summer storms. His was the responsibility to ensured that the water supply to Barnoldswick was of good quality by cleaning the huge filters in the filter house, changing the chlorine bottles and testing water samples. 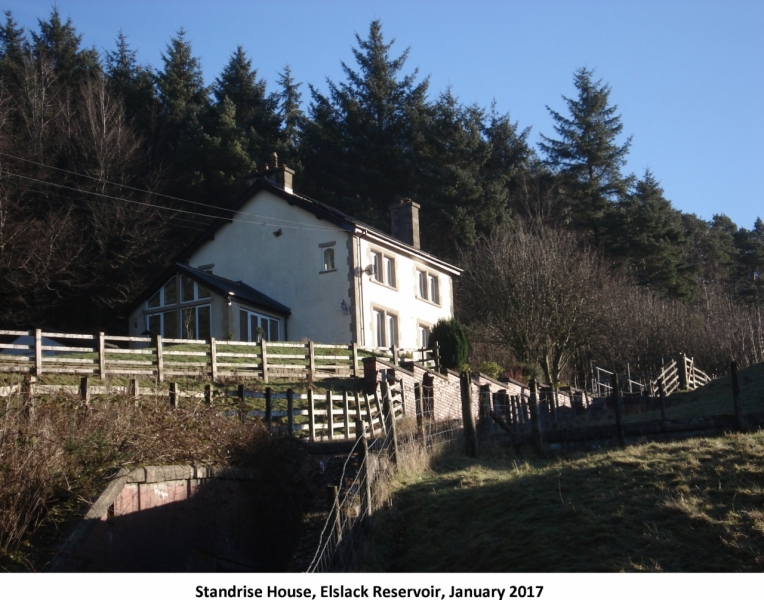 His was an isolated existance living in Standrise House which overlooked the reservoir, high up on the moors above Elslack village. Access to the house was by a mile and a half track with steep sided gulleys below and no arnco crash barriers. In winter if the snow was heavy, the house could be cut off from Elslack village for several days on end.
Every day it could, the little red Post Office van, made its long detour up the lane to the house, sometimes the Postman would be the only visitor for many days. In reality today the reservoir site would have health and safety warnings all over the place but not in the 50’s and 60’s. Very occasionally there would be walkers attempting to follow some ancient footpath but taking the easy way along the top of the reservoir bank. 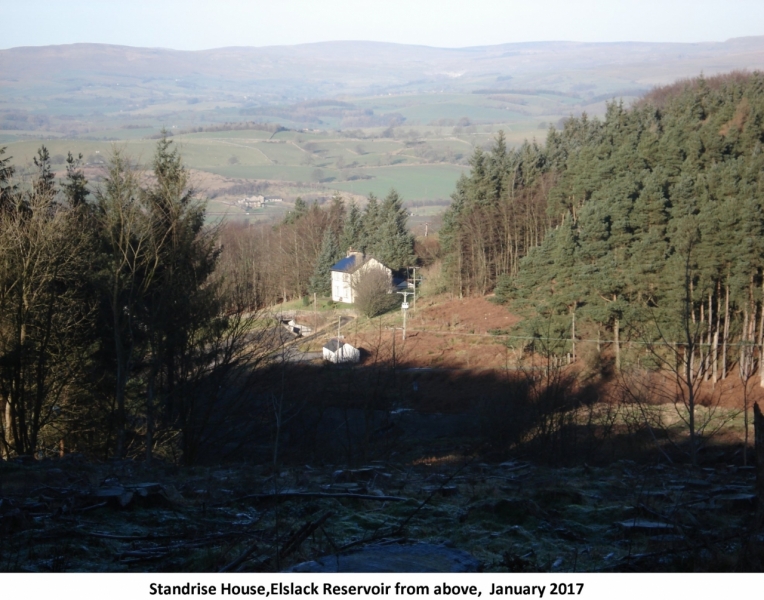 The reservoir was built in the 1930’s at the top of a steep sided valley in which ran a stream whose sources were several springs in the local hillside. The valley sides forming three sides of the almost square shaped structure. A huge dam wall, part concrete and part earth had been constructed across the fourth side and so a high bank was created. A deep cylindrical shaft had been built to allow access to the main valve which was controlled from a tower built on the top of the bank called the wheelhouse. Here were the controls which raised the valve to allow water out of the reservoir for several reasons. 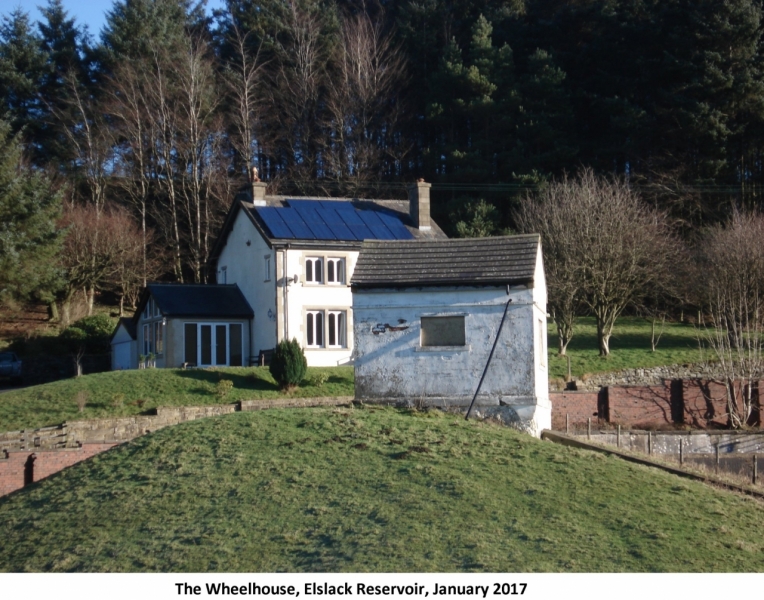 Around the side of the reservoir was a concrete run off gulley which was used to prevent one of the main source streams from flowing into the actual water storage reservoir. In times of storms the water running off Elslack moor would become very cloudy as it carried soil and peat and so was diverted around the gulley and down a series of concrete steps down to the valley floor below and into the old stream bed. The valves diverting the water were opened and closed manually as required. 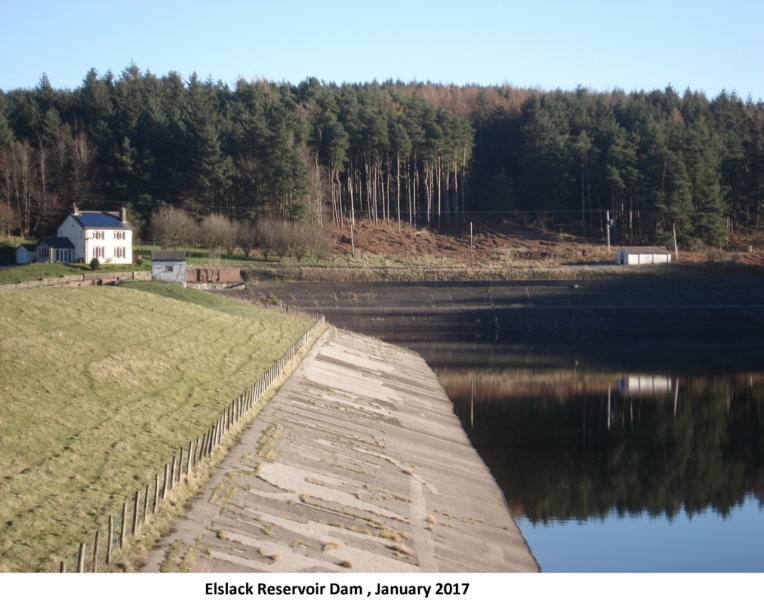 There were several other smaller streams flowing directly into the main reservoir and could not be diverted during storms and so there had to be other ways of regulating the water level. There was of course a safety overflow point, but the water level was normally maintained several feet below this level. The main valve was controlled from the wheelhouse, this allowed water to be drained from the main reservoir down the concrete gulley and away down the steps to the valley floor below. 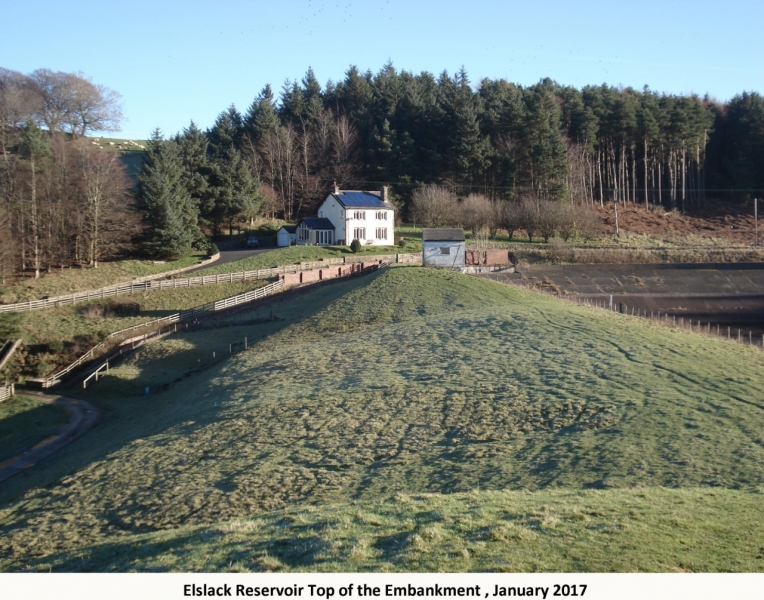 The main bank across the valley was tiered and grassed and so Bert (my Uncle) used to cut the grass on the flat areas during the summer. One summer, when in my early teens, we were allowed to camp on one of these flat areas of grass. Richard Beckwith, Graham Heaton and I spent two or three glorious sunny days during the school holidays there. In the evenings we cooked ourselves a meal on an ancient Primus stove. Today a primus stove would be regarded as being far to dangerous using methylated spirit poured carefully into the container around the burner, lighting the meths then waiting till it almost burnt away , then pumping up the pressure forcing paraffin vapour to burn.

Standrise House to-day is a private dwelling but still quite isolated. 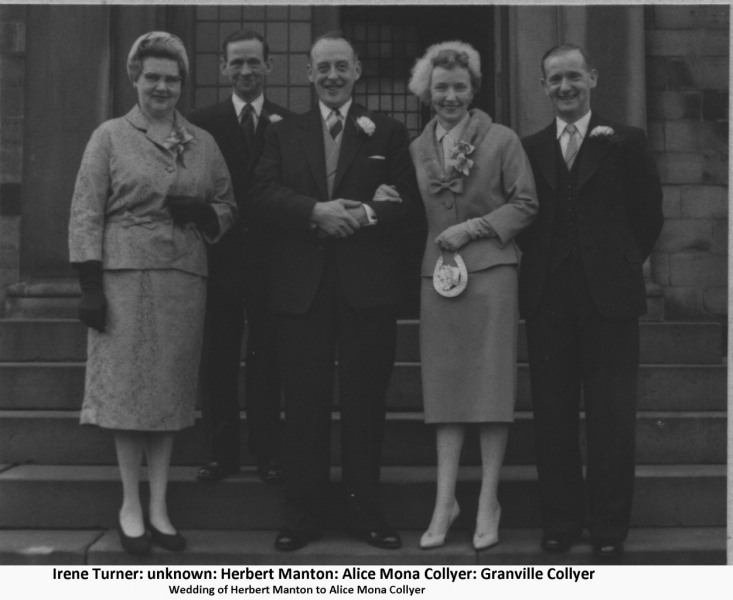 After their marriage Mona & Bert lived for many years at Standrise before moving to a new bungalow in Barnoldswick.
Top

Great photos. Thanks. Who does daily the maintenance now, is it all controlled automatically from some remote control room?
Top

Another article for the research files John. Thanks.
Stanley Challenger Graham
Stanley's View
scg1936 at talktalk.net