I have picked this up from Barlick Talk FB site:

Its from Vanessa Bateman, she says she has emailed the site twice but has not received a reply.

Gus posted a picture of the house that she is living in now, here is her original post:

"Angus Brenan had kindly sent me this old photograph of my house. Lane ends farmhouse brogden Lane Barnoldswick. I'm interested in its history. There is very limited information to be found it seems. In years gone by it was four lane ends. .. does any barlicker out there have any more photos. .? I've researched the library and other social media to no gain. .? I would really appreciate it. Thanks in advance."

Have you anything in your index files Stanley?
Ian
Top

Get Vanessa to register and talk to us, three cornered conversations are nowhere near as efficient.
Here's what I have on Lane Ends....
1753, land tax was 8/- paid by Mr Cunliffe. (Land Tax can be paid by the tenant as well as the owner)
1756 16/- no name.
William Robinson paid 16/- in 1757 and 1760.
There is some confusion in the records between Lane Ends at Brogden and at Salterforth. However one entry is clear, Lane Ends was the address of William Walton in the 1837 electoral roll for Barnoldswick. I think it was farmed by John Armistead in 1871 and Edwin Armistead in 1896. 27 Acres.
John Duxbury, father of William Arthur Duxbury and grandfather of Harold Duxbury farmed the land at one time but lived at Crook Carr. He also farmed the land at Syke (Foster's Arms.) There is some sort of possible connection between William Robinson (land tax 1760) and Ouzlewdale Mill when it was a sawmill and wheelwright's. In 1760 William paid 1s/4d for the land tax at Town End House as well. 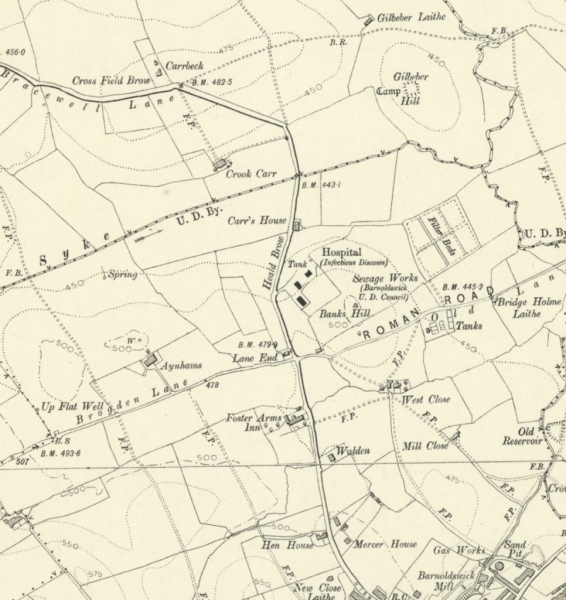 Is that the old ‘fever hospital’ on that map just on the right past Lane End? My dad used to note that an alarum would sound from the kids playing out and they’d all leg it whenever the ‘fever wagon’ came round to cart some unfortunate with scarlet fever off to the hospital.

1888 kellys directory 001.jpg
You do not have the required permissions to view the files attached to this post.
Top 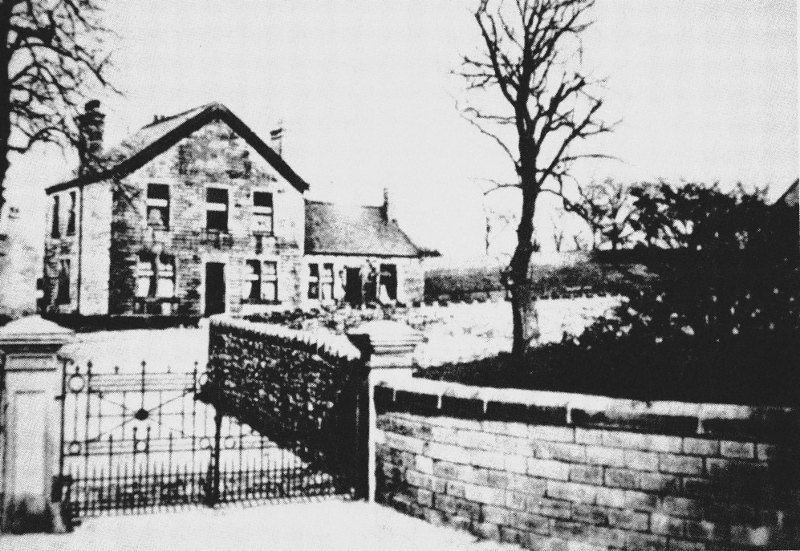 Four Lane Ends was farmed by Edmund Starkie and his wife Martha Thornber bewteen 1783 and 1792 when they moved to Orcaber in Austwick. Their children Elizabeth (1784), John (1786) and Mary (1788) were born there. Edmund was of the Twiston Manor Starkies and Martha was born and lived till then at Hill Top Farm Barnoldswick.
Top

four lane ends farm c1910 02.jpg
You do not have the required permissions to view the files attached to this post.
Top

Ditto..... I have pinched it for my archive Anna. Thanks for posting it.Isn't it amazing what surfaces when you start asking questions and working together.....
Stanley Challenger Graham
Stanley's View
scg1936 at talktalk.net