Last week we left Mr Bennett with his flock worshipping in Bethesda as the 'Independent Baptist Church' and in possession of the Old Chapel. Mr Wilkinson and his flock were in New Laithe on Rainhall Road. Mr Wilkinson was pastor until 1877 when he was succeeded by the Rev. N Richards and services continued in the barn. However, this faction seems to have been doing rather well as the congregation grew to the point where the barn couldn't contain them. Funding must have been good as well because in 1879 they built what became to be known as 'The School Chapel' in North Street. This name came about because initially the building was proposed as a Sunday School but in fact was used as a place of worship. Later a gallery and pipe organ were installed. The two factions were to remain separate until 1971 when the two churches combined in new premises on Manchester Road just above the old police station.
Let's step back to Mr Bennett in 1869, in September of that turbulent year he married Miss Elizabeth Horsfield but within 10 months she died on June the 7th 1870, it is thought it may have been from Tuberculosis. Bennett continued as pastor at Bethesda until his death on October the 6th 1886 aged 67 from 'a heart attack'. However Jane Kippax, who was the wife of Allan Kippax the pastor at Bethesda in the 1950s told me that Allan told her that one of the Tillotson family once told him that in fact Bennett had been found lying injured in the street having been assaulted and that he actually died as a result of a condition brought on by this attack. At the time the Bethesda lot certainly blamed the North Street faction and their constant attacks on Bennett for both his death and previously the death of his wife also. This upset North Street so much that they had their chapel 'balmed'. I assume this was some sort of blessing.
In 1886 when Bennett died North Street had been without a pastor for 5 years since Mr Richards emigrated to America in 1881 so they decided to try for reconciliation but failed. In 1888 Bethesda got a new pastor and built a new schoolroom the following year so hopes of any reconciliation withered. It wasn't until 1971 that this happened.
That's about the size of what I know except for one more thing. I have always been puzzled by the fact that a brave but failed attempt to provide work for the congregation led to the schism. Remember when Clayton Slater 'brought charges' against Bennett and tried to get him dismissed as pastor? I have seen these described as 'grave and well founded charges and another historian of the Baptists, Winnard, states specifically that these were nothing to do with the bankruptcy. I am left wondering what these charges were, they were serious enough to split the congregation and I doubt if we will ever get a complete answer. 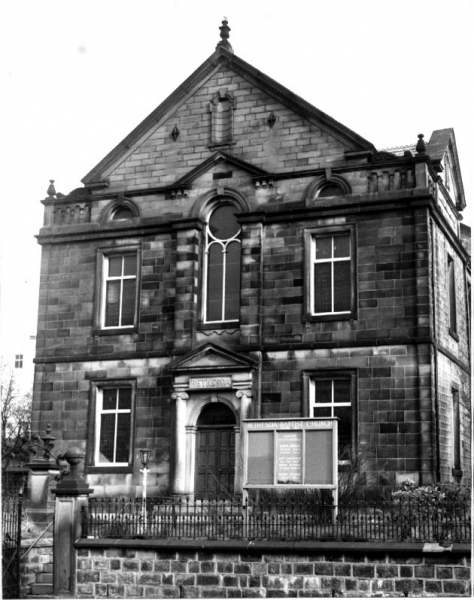