In 1530 There were nearly 900 religious houses in England, around 260 for monks, 300 for regular canons, 142 nunneries and 183 friaries; some 12,000 people in total, 4,000 monks, 3,000 canons, 3,000 friars and 2,000 nuns. If the adult male population was 500,000, that meant that one adult man in fifty was in religious orders. A few of these houses were very ancient foundations going back to the old Celtic version of Christianity but the vast majority dated after the Norman Conquest, they were seen as an essential part of government and control of society. ‘Our monastery’ which started in Barlick but transferred to a better bet at Kirkstall in 1152 was one of the later foundations.
If you look up the Dissolution you will almost always find that it is dated 1536 to 1541 but this is incorrect. All religious establishments were administered, inspected and disciplined by the Pope in Rome until Henry assumed the Supremacy in 1534. From very early times this discipline meant that in certain cases, and in many countries, Rome closed down orders that were found wanting and transferred the inmates to larger approved houses. Cardinal Wolsey, as the Pope’s Legate, obtained a Papal Bull in 1518 which allowed him to dissolve orders that he found wanting. Remember that all these orders were endowed with 'temporal' income in the form of revenues from landed estates, and 'spiritual' income in the form of tithes appropriated from parish churches under the founder's patronage. In consequence of this, religious houses in the 16th century controlled appointment to about two-fifths of all parish benefices in England, disposed of about half of all ecclesiastical income, and owned around a quarter of the nation's landed wealth. An English medieval proverb said that if the Abbot of Glastonbury married the Abbess of Shaftesbury, the heir would have more land than the King of England. This made them attractive assets and in the case of the early closures by Wolsey were done to endow colleges he was founding in Ipswich and Cambridge.
This asset was noted and when, in 1536, Henry was short of money to fund his wars and general expenses, the seeds of a possible income stream became full-blown closure and reform of the new Anglican Church. What is often forgotten is that Henry’s education as the second son was theological as it was assumed his role would be religious. The death of Arthur changed all that and he became king but retained knowledge of Canon Law (Church Law) and a deep interest in theology. It is dangerous to make the assumption that his main motive was seizure of assets for himself. There was also a conviction that religion needed reform and under his Supremacy he had the power to effect this. Until 1530, when he died while under accusation of not supporting the marriage to Ann Boleyn (I said execution last week but was wrong, I apologise!) Wolsey administered the early closures under the authority of the Pope as this was before the Supremacy. 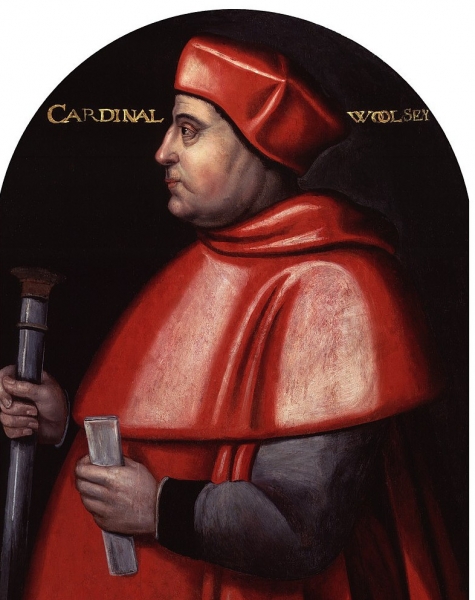