You must have lost track of the number of times I have told you that in 1147 the abbot Alexander came from the Cistercian Fountains Abbey accompanied by 12 monks or perhaps lay brothers (in effect trainee monks) to found an abbey in Barlick after the gift to them by de Lacy of the Manor. We have also chronicled the fact that they left for a better offer in 1152 and founded Kirkstall Abbey at Leeds. As I often say to you, never take what I say as the last word, ongoing research changes matters, in this case by examining how this transition was achieved in greater depth. Yes, I am still digging!
The first thing to recognise is that moving from Barlick to Leeds was not a matter of them all hopping on the bus and relocating. We have recorded the fact in the past but not looked at the practicalities. In the five years they were here they had started to build physical possessions and these would need transporting but that’s a given and was just a matter of organising transport. There was a larger matter they had to manage. Abbot Alexander was still in possession of the Manor. The tithes and rents, in other words the income from the Manor, had to be safeguarded as they would be the source of the money and goods necessary to support the new enterprise. When in about 1160 they built Gill Church there was the added responsibility of supporting it. The solution to all these problems was a well recognised management tool used by all monastic orders but particularly favoured in the 12th century by the Cistercians. Barlick was established as a Grange of Kirkstall Abbey.
A ‘Grange’ is a holding or demesne owned by a mother house and managed to give an income or produce for its support. The first thing I noted was that whilst Barlick was definitely a grange in this sense it was never known as such. There is no trace of ‘grange’ in any of the placenames in Barlick like Ingthorpe Grange at Marton which was a demesne of Bolton Priory. I have found a possible explanation for this. In 1152, at a general convocation of the Cistercians at the mother house of Citeaux in France a statute was passed prohibiting the establishment of a grange more than one day’s journey from the mother house. This was because, in order to prevent a grange from becoming a religious centre rivalling the home order, unless there were exceptional circumstances, chapels were not allowed at the granges and the monks or lay brothers running them had to have Mass once a week, so had to travel home. 1152 was of course the year of the relocation and it looks as though Alexander got a dispensation to retain the manor and it was perhaps politic to refrain from naming it as a grange which was the usual practice.
This could be why most of us didn’t know Barlick possessed one! More next week….. 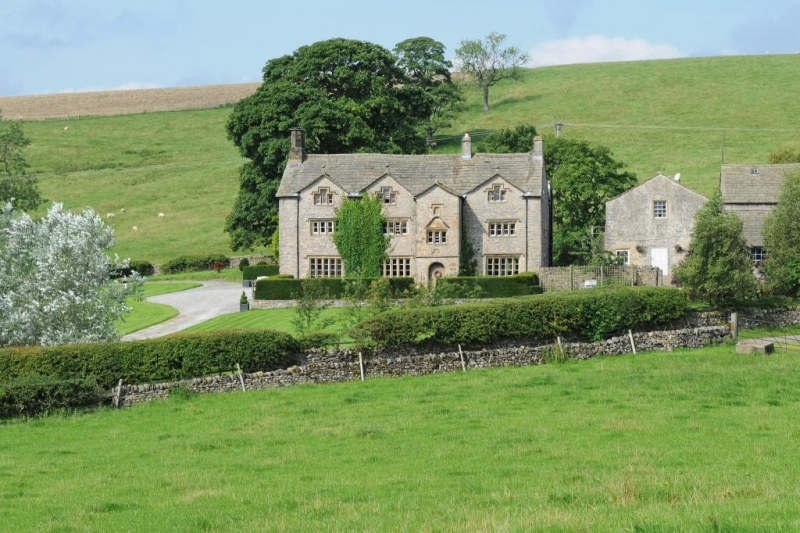