Last week we established that Barlick was a grange of Kirkstall Abbey from 1152. It was different from most other Cistercian granges in that it was the whole of the Manor of Barnoldswick and this was probably why it escaped the general prohibition of granges more than one day’s journey from the mother house in the same year. It also suggests a reason why it was never named as a grange. This week I want to look at what its function was, what did abbot Alexander expect from it.
The monasteries as a whole were very good managers of property and assets. The Cistercians in particular were very sharp, in fact they were renowned for this and their habit of de-populating adjoining lands. King Richard remarked on their cupidity and a century later the Archbishop of Canterbury said that they were “the hardest neighbours that priest or layman could have”. This is borne out in Barlick by their depopulation of Brogden and the demolition of the old Saxon Church. So we can make a good guess at what was expected of the Barlick grange. It would act in effect like the estate manager of the Manor, collecting rents and tithes and making sure that any labour dues or payments in kind were made on time. They would also be expected to send produce to Kirkstall for its support. Because of the distance this would not include perishable goods like milk but would be animals for slaughter, wheat and other grains and possibly cheese. In order to do this there would have to be a central location run as a farm and possessing the usual buildings such as accommodation for staff, storage of produce and housing farming equipment. It has always been assumed that this was the present site of Calf Hall Farm as from 1147 to 1152 it would be the Home Farm for the new abbey next door.
We know that the management structure was that the ‘Cellarer’ at Kirkstall was in overall charge and no doubt made frequent journeys to Barlick to inspect and check on how things were going. He was a monk but it’s almost certain that the permanent staff would be lay brothers led by the ‘Granger’ who was the farm manager. There would also be someone who was responsible for collection of rents, tithes and dues from the inhabitants and tenants of the Manor. This would involve some higher education and it’s quite possible he acted as deputy to the Cellarer. Because there was an established village farm labour would be met from the inhabitants as seasonal labour. It’s possible that there may have been some specialised staff at the grange such as a cook, a ploughman in charge of cultivations and perhaps a smith. These were generally accommodated on site, all other labour would live in the village. From 1160 there would be a priest at Gill and he would be supported by the grange staff. All this we can gather from the general history of other granges. 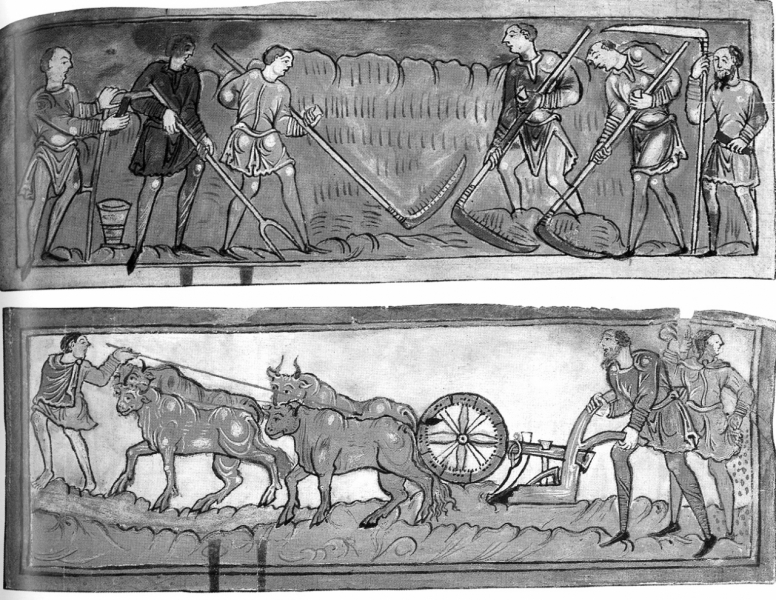 Re: THE MONASTIC GRANGE 02

Re: THE MONASTIC GRANGE 02

Thanks Wendy, I think it's a valuable oversight. I have never seen anyone attempt it before. Lots we don't know of course but it fills in some blank spots in the record.
Stanley Challenger Graham
Stanley's View
scg1936 at talktalk.net