My years of working with Harrison Brothers based at Smearber Farm at Elslack left many memories, none of them bad and most of them funny! In the 1930s and 40s farming was in a bad way and William Harrison decided to branch out into other ways of making money. His first successful venture was as a coal merchant mostly making bulk deliveries of bagged coal to farms using flat wagons. He started with ex-WD Bedford wagons and soon realised there was a demand for general haulage. He then got a contract with West Marton Dairies to pick up farm milk in kits and deliver it to the dairy. He also transported some bottled milk for them to Skipton and Bradford. This involved licensing his vehicles under the complicated regulations then in force and without going into the intricacies, ended up with ‘A’, ‘B’ and ‘C’ licences which allowed him to carry his own goods, goods on contract and one wagon on general haulage. This latter was the ‘A’ licence and from the start I always had that wagon.
William’s son Jack lived at Smearber with his wife Corrine who many will remember as being a teacher at Springfield School Earby. I remember her once tearing a tendon in her ankle when dancing with the kids and we pulled her leg telling her that perhaps that was best left to the children. Jack was a pure Albino. In those days the folk legend was that his mother had been frightened by a white ferret. Whatever, one result of this was that he had very bad daytime vision but could see in the dark. At one time we regularly went swimming at Skipton baths and on the way back in the dark he would frighten us to death by switching off the headlights and driving blind, it was no problem for him.
Billy his brother was totally different in appearance, he was small dark and very energetic. Like many smaller men he compensated by trying to out-do larger men and in the war this led to him becoming a captain in the Long Range Desert Group in the Western Desert and when he was demobbed had ideas that many thought above his station, for one thing he wore spats!
We worked hard and played hard and there was never any problem. One night a Nosey Parker rang Billy and asked him whether he knew that three of his wagons were parked outside the Tempest Arms. Billy asked if we had parking lights on and being told yes said well that’s all right then.
In later years Jack went out of the business into other fields, Harrison’s lost the contract with West Marton due to changing policies on transport and Billy ended up with only one wagon, mine on ‘A’ licence, and from then until I left I kept him going by doing general haulage on the tramp, looking for my own loads. A very hard life! Looking back I wouldn’t change any of it… 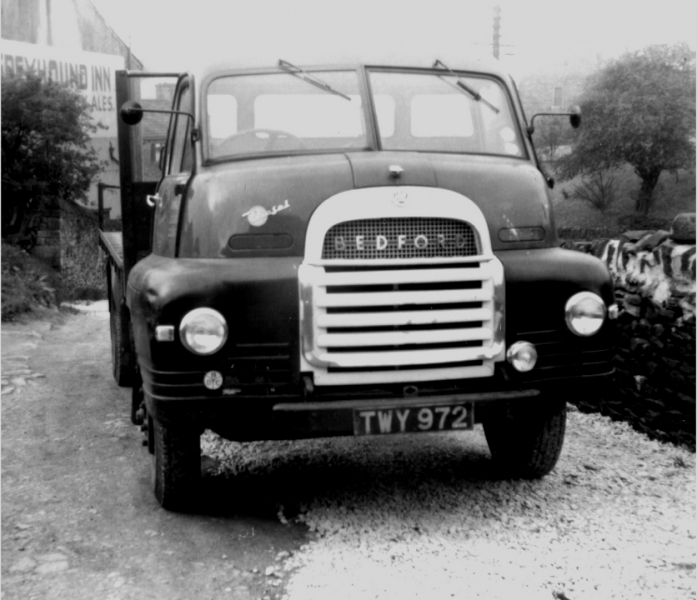