You may have noticed that I have been avoiding the elephant in the room that has dominated the news for three years now, I don’t have to mention what that is! Suffice to say that I voted to Remain and have not changed my mind. However, some recent thoughts have driven me in the general direction of That Which Shall Not Be Named.
When I was talking about Elslack I noted the fact that German Prisoners of War were billeted with local farmers as labourers. I spent a lot of time at one point researching POWs and corresponded with some of them who had returned home, it was one of them who sent me the picture I used of the POWs at White House Farm. It is to our credit that in the vast majority of cases we treated the POWs very well and they appreciated it. Indeed some of them married young ladies they met while in captivity. A consequence of this was that when they went home eventually they took happy memories with them and this was the seed corn for a lot of reconciliation with a nation that had so comprehensively lost a war.
It struck me that our recent behaviour in collectively rejecting the EU will not have endeared us to Europeans and I wondered if by any chance we had eroded the invisible asset of goodwill that those men took home with them. If this is the case, it will be a shame, such friendship is hard won and should be nurtured.
On a similar note, I am disturbed by the fact that during the whole debate I have not once heard mentioned the value of international cooperation and trust. Perhaps it is only old people like me who clearly remember the miseries of World War who have this attitude towards ‘foreigners’. I remember hours of conversation with the Wehrmacht veterans who staffed the German Border Police when I was in Berlin in 1954. They were thoroughly decent blokes who like us could not understand why we had been cast in the role of enemies. It may of course be that they had been selected on the basis of their attitudes but even so, they heavily influenced my opinions and remember I had been reared to regard them as deadly enemies.
Then there is the rabid xenophobia we have been exposed to in arguments about immigration. I realise that there are problems and limits but also remembered during the silly controversy about Polish plumbers that we didn’t have any problem with the free Poles who came and fought alongside us, remember the article I did about Stanislaw Bajkowski who was with the Airborne troops at Arnhem?
Sorry to stray into matters like this but it troubles me and I thought some things were worth saying. These are of course only my opinions and I respect differing ones from others as long as they are sincerely held and based on evidence. I promise to get back to ancient history next week! 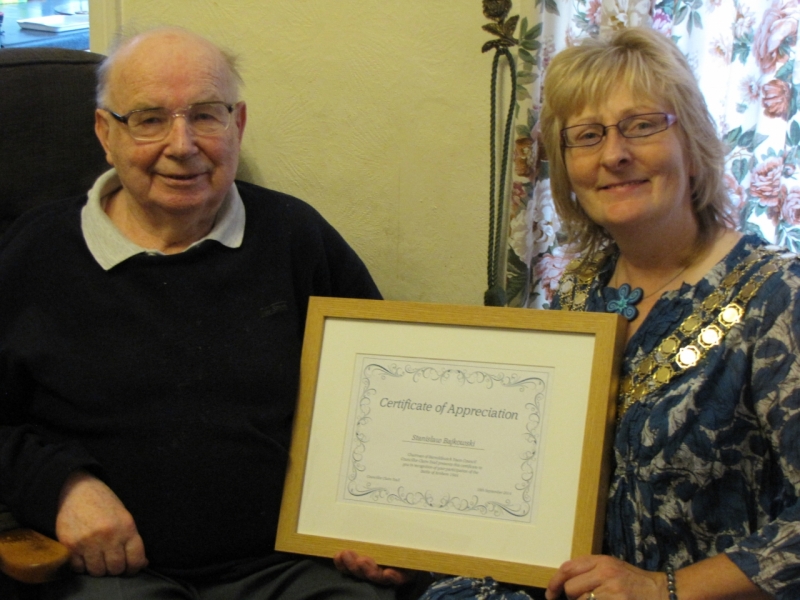