I've gone back to Whitemoor for this forgotten corner, not because of the dispute between Foulridge and Barlick over rights on the Moor which was the purpose of the original map in 1580, but because my mind has strayed to the access roads to the enclosures. When we talk about the enclosures of the waste most people assume it is the 19th century enclosures, the Buttle Award etc. What we tend to forget is that there was an earlier incursion on the Moor in the 16th century, the evidence is on this map, there are enclosures marked for Barlick and Foulridge and we can trust it as this was a legal document for the case in Chancery.
These early enclosures interest me because something must have triggered them and for many years I thought that the sole reason was the growth in population in this part of England, against the national trend, which I and others suspect was driven by people marrying earlier when they were more fertile because due to the new income from domestic textiles they could gain independence earlier without waiting for parents to will family holdings to them. This population growth put pressure on food resources and so land on the lower slopes of the waste was enclosed and improved to give more production. The same pressure can be seen in the rise of the 'pirate' corn mills that we see at the same time, the existing manorial, Kings and Monastic mills couldn't cope. I still think this was a major factor but as I learn more about national history I realise that there is another possible explanation for the trend the earlier enclosures in the 16th century.
The date of the Whitemoor dispute is significant, 1580. The major change in ownership of, and speculation with, land was the Dissolution of the Monasteries between 1525 and 1540. The Church owned or controlled over a third of the land in England and at the Dissolution this came on to the private market as the Crown capitalised on its new assets. Apart from the physical change in ownership this triggered a change in the mind-set of those with enough resources to take on more land. A movement started that was aimed at 'improving' profitability, often to pay off the borrowings that had been entered into the buy the land in the first place. In many parts of the country this included illegal enclosure of what had been regarded as 'common land' to convert it to ranges for stock, particularly sheep, as this required far less labour and meant greater profits. In many parts of the country, particularly in the east and the south this caused massive unrest in the largely agricultural population who saw nothing but the theft of what customary law had always guaranteed them, access to 'the waste' and the commons to supplement their sparse incomes. Even activities like gathering firewood and turfs for heating were taken from them.
There is more, I shall continue the story next week! 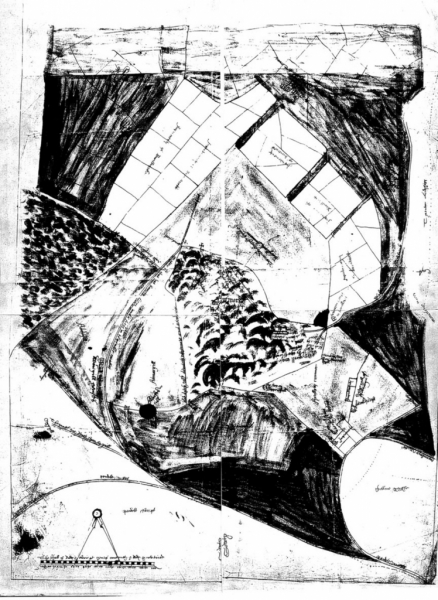