One of the glories of Barlick is the fact that we have such harmony in building materials. We are essentially a stone built town and because most of the stone came out of one set of quarries, even the colour is matched. I’d like to take a closer look at how this came about.
If we went back to 1500 and looked at the collection of small hamlets that have today merged into modern Barlick one of the first things we’d notice would be the absence of stone. The reason for this was that until the Dissolution of the Monasteries in the 16th century, the masons were working for either the Crown on fortifications and other royal buildings or the Church. The only exceptions to this were some gentry houses built by people of influence and wealth and there weren't many of that class round here. There were some exceptions like Coates Hall and estate owners like the Tempests but on the whole what we had was Saxon houses, rubble stone foundations, timber frames with wattle and daub infill and in the better ones, stone chimney piles. It wasn't until the 18th century that we started to get rebuilds of timber halls in stone as masons became available and incomes rose due to the growth of the domestic textile industry. Some of the poorer houses would still lack chimneys and use a central fire and smoke hole in the thatched roof. There would be very little window glass and the carpentry would be a very low standard, things like the absence of a well fitting outside door would be obvious deficiencies.
This is why when we date houses anything 17th century is very old indeed and most of what we regard as old is 18th Century. There was an intermediate phase of improvement, the rebuilding of some house frontages in what vernacular architecture historians call 'polite' design. This was where a house was partially rebuilt to give a symmetrical fascia.
Hill Top Farm is a good example of this, my picture shows it in about 1890, the house has been modernised with a symmetrical frontage and a barn on the end. The give-away in most of these is to go round the back and have a look at the difference. Many houses, particularly farm houses were treated like this.
Most of the later houses we see today are a product of the boom in textiles from 1850 onwards. It was then that the gaps between the hamlets were filled with houses using the products of the quarries on Upper Hill and this expansion lasted until the outbreak of the Great War. After that there was no significant building in the town until after WW2 when we got the new estates. These were almost all poured concrete houses as this was the favoured building method. Since then modern planning rules have largely ensured that any building now built uses sympathetic materials. So, our glory was not an accident and we must look after it. 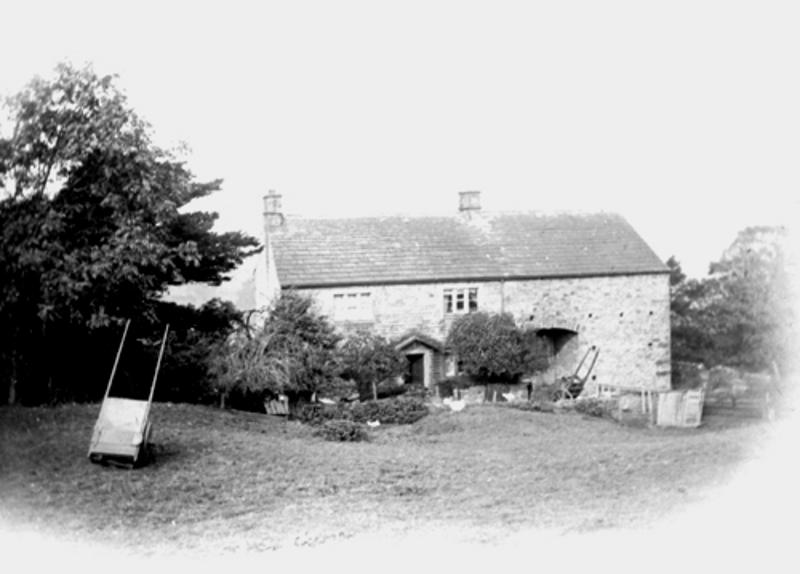