Mention of ‘Municipal Socialism’ is guaranteed to turn most people off immediately. Give me a chance and I’ll try to explain why it is interesting and also very important.
The second half of the 19th century was a time of great change. Several things were happening amongst which was the enormous increase in capital circulating in the economy from the profits of the the 'Factory System' and manufacturing generally. There was a high demand for labour and people from rural areas were attracted to industrial centres by the higher wages. This was what depopulated Stock Village at Bracewell and Wycoller. The availability of opportunities for child labour encourage the birth rate and urban populations expanded rapidly. Housing and services didn't keep pace and we saw the growth of the slums and epidemics of deadly diseases due to bad hygiene. Overcrowding and poor diet led to a general deterioration in the health of the working classes.
The Crimean War (1853 to 1856) was a turning point because it was realised how many of the eligible recruits were in such bad condition due to health and stunted growth that they were unfit for service. This was a wake up call that triggered official action because it was seen as a threat to society. This triggered the Factory Acts and action on improvement of the slums by installing mains water and sewage systems and later by providing open spaces for 'Rational Leisure'. The poor quality of food brought about legislation and the birth of the Co-operative movement. There was a reaction in the most wealthy class, remember they had no mains water or sewers, and they branded these policies as 'Municipal Socialism' because of course the worst areas were tackled first, the slums, and not the homes of the wealthy.
Eventually even the richest realised that the consequences of poverty, the diseases, were no respecters of wealth or privilege, they attacked them as well. Attitudes changed and the improvements became universal.
Barlick as usual was late to the party but by 1910 we had mains water, municipal gas and a sewage system. I often think it must have been chaos in the town because at a time when mill and housing construction was at its peak, all the roads were dug up to install the new services. Land was bought up on Letcliffe Hill and what we know now as Letcliffe Park was created, complete with greenhouses, a nursery for plants, shelters, seating, a miniature golf course and even a bandstand in the lower part of the park. This meant of course a new parks department under the Urban District Council to care for the park. What started as an almost revolutionary system of ‘Municipal Socialism’ became a shining example of caring local government which is still enjoyed today.
Today we still ride on the back of these improvements and we would do well to guard them well. Letcliffe in particular is a gem that many towns would envy, mainly because of its elevation and the magnificent views. 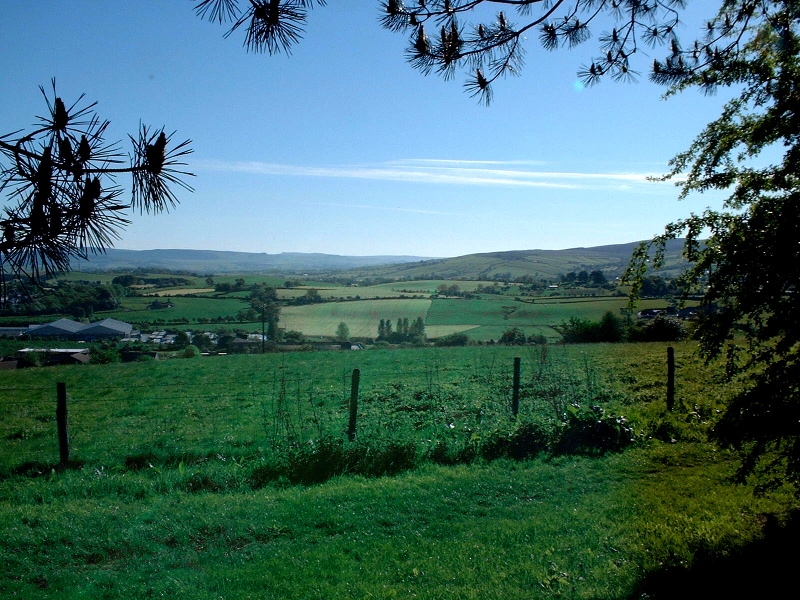 One of the views from Letcliffe.
Stanley Challenger Graham
Stanley's View
scg1936 at talktalk.net

The cost of maintenance of Parks and Open Spaces seems to be something local authorities are reluctant to prioritise. It seems we know less now how to manage greenspace and planting than was known in VictorianTimes (though they did introduce many excessively invasive species). One reason why Labour's 1948 Nationalisations were achievable was that Local Authority Gas, Electric and similar passed to the State Industries at no cost to the Central Government. While this might have been acceptable, Local Authorities lost income and local democratic decision making was lost, and local jobs lost progression and the ability to move jobs related to gardens, road cleaning, bolier firing and similar as required as the seasons changed.
Top
Post Reply
2 posts • Page 1 of 1