Name something from your childhood that a young person today wouldn't understand.
This might be fun...
Eg : Finding a phone-box to call and say you were going to be late home.
Starting school with only a slate and a reader.
Building a billy-cart from scratch and where you found the materials.
Tin toys.
Mirror, brush and comb sets, sewing boxes, beauty cases.
Wrapping kitchen rubbish in newspaper before putting it in the bin.
Memories of Queen Elizabeth 's Coronation Day.
.
I know I'm in my own little world, but it's OK... they know me here.

Being taught how to sweep the floor on our first day at school......
Stanley Challenger Graham
Stanley's View
scg1936 at talktalk.net

Press button A when the call is answered.
Top

Area maps and street directories. These days it's a GPS.
Remember when we had to get up out of our seats to change the tv channel, no tv remotes back then.
I know I'm in my own little world, but it's OK... they know me here.

Nice one Cathy. I had a box of those maps they gave away at petrol stations when I was tramping. Always found my way to where I was going. Can people read maps today? An A to Z was essential when you were in a strange town, especially London.
Stanley Challenger Graham
Stanley's View
scg1936 at talktalk.net

Remember these? At a recent postcard fair I picked up an old album containing about 3000 old matchbox labels for £25. They're not in best condition and have all been glued to the pages rather than fixed like stamps. But they're wonderful to look at! 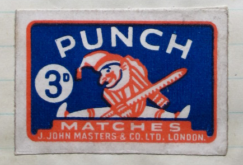 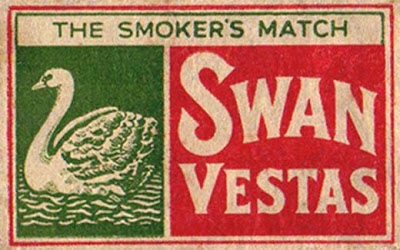 I always preferred these. I think they were 4d a box..... But more matches.....
Stanley Challenger Graham
Stanley's View
scg1936 at talktalk.net

I was still selling them when I was open all hours in Sough China. I had both sorts, the pendant ones and the upright ones that had a forked fireclay stick included.
Stanley Challenger Graham
Stanley's View
scg1936 at talktalk.net

The smell of paraffin.
Nullius in verba: On the word of no one (Motto of the Royal Society)
Top

When doing research we had to go the school or community library, or if you were lucky your parents might have invested in encyclopedia's.
Lots of time and notes taken. Today the lucky kids just use their computers.
I know I'm in my own little world, but it's OK... they know me here.

Bus conductors and their ticket machines with paper rolls. I can remember as a child a conductor standing on the platform at the back of the bus changing a roll in his machine. He dropped it while still holding the end and it rolled off onto road and we left a paper ribbon trail behind!
Nullius in verba: On the word of no one (Motto of the Royal Society)
Top

I remember the small card tickets in a wooden holder with two rows of spring clips on for the various denominations. They pulled a ticket out and punched it with a machine on a leather harness. 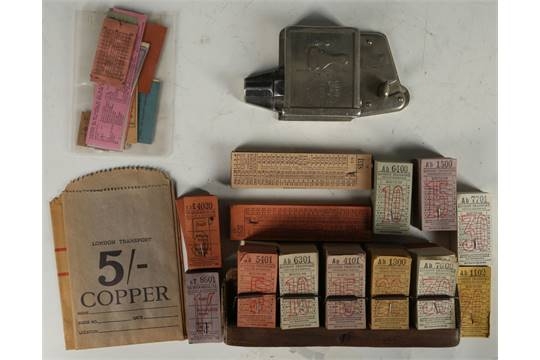 I remember when you could smoke on the bus.
Must have been in the 70's. And real bone shakers the buses were.
I know I'm in my own little world, but it's OK... they know me here.

The vault box in gym class. Came in five sections in either of two heights 1020mm height (3ft 4in) or 1270mm height 4ft 2in. Never could master it.

I remember when phone numbers were 6 digits, unless you were calling STD.
There were phone boxes on practically every corner. There were no answering machines, so if you couldn't raise a person you had to try again later. You never rang anyone after 9pm ( unless you had bad news). It was considered rude to disturb folk after 9pm. Friends came to the back door. Strangers knocked on the front door.
If friends or family came, they sat at the kitchen table and chatted. They were real chats too, face to face.
When you were sick, you went to bed. None of this laying on the couch in a "onesie" watching TV! ( you were considered too sick to watch TV.) Medicine tasted awful and made you sleep for hours!
And the only "air" you could get in the car, came through the window! That was before seat belts too.
Ice cream came in tins and milk came in bottles. Cordial came as a concentrate in little glass bottles and you had to cook it up in big pans of water with sugar. Then you decanted it into bottles and still needed to dilute it for drinking.
Everyone made Jam. Everyone preserved Fruit.
Peas came in pods...not frozen in plastic bags.
Shops opened at 9 and shut at 5pm except on Saturdays, when they shut 11.30 am. ( and NOTHING was open!) no Sunday trading, no late night trading.
The wonderful smell of pies and pasties arriving on a tray in brown paper bags...delivered to the classroom, for those lucky children ordering their lunch from the tuck shop. And the bitter disappointment that all I had to look forward to was yet another Tongue Sandwich, wrapped in Rainbow Wrap and shoved in my bag. ( which went straight in the bin!!!!)
Top

Eating fish and chips from newspaper wrapping as you walked home on a cold winter night. Mainly the smell of the vinegar of course, made your mouth water as soon as it hit you!
Stanley Challenger Graham
Stanley's View
scg1936 at talktalk.net

Clipping the alligator clip of my Chrystal Set Radio to the wire fly screen of the bedroom window and finding as many stations as I could.
On hot Summer nights, sleeping out on the front lawn ( an Aussie thing).
Top

"On hot Summer nights, sleeping out on the front lawn"
You've reminded me Maz that after the war when everyone was skint many organisations ran summer camps. I was in the choir and the cub scouts and both ran camps. The tents were all ex-WD and very heavy canvas. I remember the distinctive smell of them, the preservative that they were impregnated with I think. Poking your head out of the flap in the morning light was a completely different experience than waking up at home.....
Stanley Challenger Graham
Stanley's View
scg1936 at talktalk.net