The Black Death (Plague) arrived in the south of England in 1348 and rapidly spread across the country. By 1350 at the latest it struck Barlick and while we have no accurate numbers, between a third and a half of all the population died. By the time it had burned itself out there were two results. The first was that there weren't enough people to work the land and so income from the town for the Abbey dried up. This was seen as a disaster and prompted a reorganisation of how the assets of the manor were managed. The Abbey moved into granting copyhold leases to tenants who could afford them and this was the foundation of what eventually became a class of yeoman farmers. Those who held no land realised that the value of their labour had suddenly increased and suddenly there was a demand for wage labour and they did the unthinkable before this, they could vote with their feet and move to wherever there was a better offer. This was bad enough and increased the Abbey's costs but there was a far more dangerous consequence.
When the plague struck the response of the church was that it was a punishment from God meted out to sinners. The problem with this was that plague is no respecter of persons and amongst the dead were clergy and nobles. Were they also sinners? If so, why were they allowed to be in authority? There was another factor at work, the wool trade had started to develop and some of the landless cottagers had started to earn money at home by spinning and weaving. Though small, this was another push factor towards independence. My version of what happened is that a combination of these two factors sowed the seeds for Religious Dissent and the start of an entrepreneurial class who didn't depend on the land for income. At the same time, the lower population meant there was less pressure on agricultural production and food became more readily available. This increase in health and circumstance could very well be part of the basis of the growth in population that started and by the end of the 15th century was a feature of the demographics of the NW of England.
From this point the influence of the Abbey waned. Over the years they divested themselves of much of the manor and the break with the Church of Rome and the Dissolution of the Monasteries under Henry VIII in the mid 16th century finally ended the power and influence of the monasteries. What remained of the church possessions passed to the Crown and increased the power of the secular land owners as they bought the assets.
So, what looked at first like another boring essay by Stanley into religious history has turned out to be the story of the founding of our modern society. Later growth and developments in the textile industry financed where we are today and it could be said to have started with our monastery! 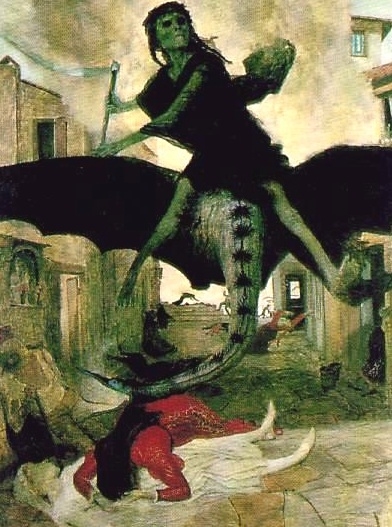 Re: MONASTERY IN BARNOLDSWICK 04

I've just looked up the symptoms of The Black Plague / Bubonic Plague. Those poor people and thank goodness for todays medicinal science.
I know I'm in my own little world, but it's OK... they know me here.

Whyperion
Senior Member
Posts: 1816
Joined: 23 Jan 2012, 22:13
Location: Stockport, after some time in Burnley , After leaving Barnoldswick , except when I am in London

Re: MONASTERY IN BARNOLDSWICK 04

There is some thought now that it was transmitted as a blood bourn disease via ticks or human lice/ fleas. Would that have been increased with the wearing of woollen clothes (which were I presume rarely changed or washed ?)
Top
Post Reply
3 posts • Page 1 of 1