The dictionary definition of dissolution is the action of formally ending or dismissing an assembly, partnership, or official body. I’m still on my theological kick and want to look in more detail at the Dissolution of the Monasteries in the 16th century. As you may have gathered, I have been reading a lot about religion just lately and I have learned many details I didn’t know and some that have surprised me. Bear with me, it’s more interesting than you think!
Until now, my version of the dissolution sometimes referred to as the Suppression of the Monasteries, was the set of administrative and legal processes between 1536 and 1541 by which Henry VIII disbanded monasteries, priories, convents and friaries in England, Wales and Ireland, appropriated their income, disposed of their lands and threw out the monks into the wider world. As is often the case, it isn’t as simple as this.
The back story is that in his fight to get his marriage to his deceased brother Arthur’s widow, Katherine of Aragon annulled (because he wanted to marry Ann Boleyn), finding it impossible to get permission from the Pope and taking into account a general tendency in the land towards dissent he rejected the Pope in 1534 by The Act of Supremacy and assumed leadership himself. This didn’t mean that there was any great swing towards what we now call Protestantism, worship and beliefs were essentially unchanged, the Bible and services were still in Latin, used the Roman liturgy and the Mass was still said but we should be aware that Protestant thinking, particularly in Northern Europe, had been spreading to the Isles since the late 15th century. What became significant was that by this Act of Parliament Henry demanded that all religious leaders should take an oath supporting him as head of the church and rejecting the power of the Pope. Anybody who refused to do this was automatically guilty of treason and if found guilty the penalty was death. Under this law Thomas More, Bishop John Fisher and even the Papal Legate, Thomas Wolsey were all executed. Wolsey’s main lawyer and enforcer Thomas Cromwell became Henry’s chief adviser after his master’s death and he plays a big part in the story of what happened. That’s the brief version of the national picture and all we need at the moment, let’s come closer to home.
We need one more input before we get into the end of the monasteries. At this time, the North of England and in particular our neck of the woods was seen by government as a wild and lawless place and further, as a general rule support of the Western Roman church under the Pope was very strong. In Barlick it was reinforced by the fact that the manor was owned by Kirkstall Abbey and our priest was a Kirkstall monk. It’s fair to assume that in Henry’s view, we were a hotbed of the old religion and if anywhere was going to oppose his Supremacy of the church, we were a good candidate! 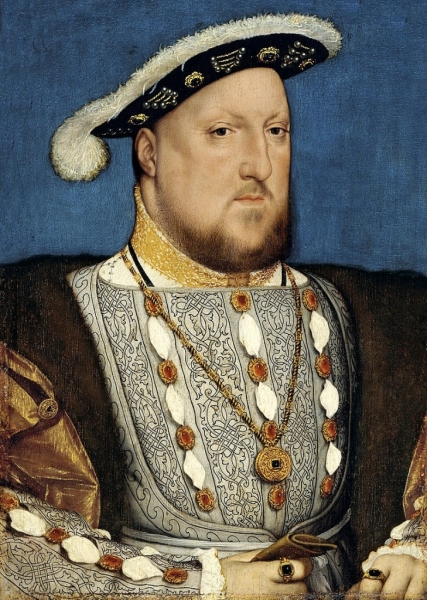