Historically the wealth of Britain was directly related to owning land but by 1800 as manufacturing industry started to evolve and grow this began to change. The new money was in industry and the inception of the Factory System, particularly in the textile industries, proved to be a gold mine. By 1900 the British textile industry dominated world trade. In our area we specialised in the weaving of cotton goods.
In 1881 Amos Nelson and his brother in law started business with 100 looms and by 1884 his father James was able to join with them and this was the start of the Firm James Nelson Ltd. In 1895 they built their own mill and by 1910 were one of the largest employers in Nelson making almost 400,000 yards of cloth a week. it was said that Lancashire mills wove for the home market before breakfast, the rest of the day was for export. This was the basis of the wealth that enabled Sir Amos (as he had become) to buy much of the village of Thornton in 1912 and living in Thornton Manor, to buy the Gledstone Estate from the Roundell family in 1920.
The first intention was to rebuild the existing Gledstone Hall but by 1923 the plan was changed, construction of a new hall on the present site began and was completed by 1927. The old hall (with the exception of the separate stables) was demolished in 1928. Sir Amos was acquainted with Edwin Lutyens and appointed him architect for the new build. Lutyens was famous for overspending and when the bills came due the cotton trade was in sharp decline as the re-stocking boom after the Great War had collapsed in 1920. Sir Amos cut his losses and cancelled the plans for the new driveway that should have wound up the hill to Marton Scar. He had to dig deep into his reserves to settle the accounts.
The new hall was built with direct labour from the surrounding towns and Percy Graham drove the flat wagon that brought the workers in each morning. He once told me that his first driving offence was for ‘driving at a furious pace’ through Earby, he was accosted and charged by the local bobby on his cycle! Many years later Harold Duxbury, who was doing repairs on the hall, told me that in some parts of the building the standard of workmanship of the fabric wasn’t the best. Jimmy Thompson, the smith at West Marton told me that when he served his apprenticeship with Walter Hoggart at the smithy, all he did for the first two years was sharpen chisels for the masons on site at the hall. Walter built the large wrought iron railings, gate and overthrow in front of the hall and Jimmy told me that in later years Sir Amos only painted the outside of them and they suffered in consequence. All clues to the economic problems in later years.
I’ve run out of space again haven’t I! I’ll recount my experience of West Marton next week. 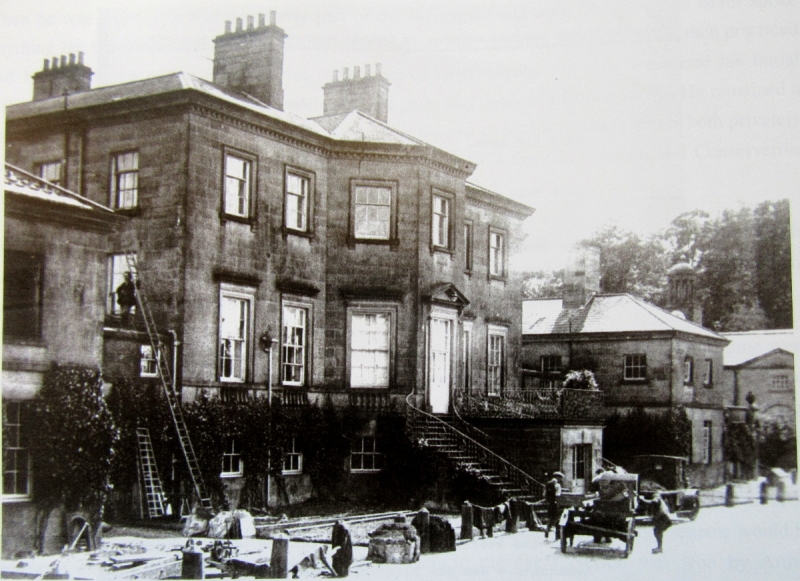