It's always productive to go back to the old maps and interrogate them. I had something on my mind this morning and dragged the 1892 OS map up. The thing I noticed for the first time is that Blue Pot Lane, now Park Avenue is marked on this map as Back Lane, a name I always associate with what is now Philip Street. Perhaps the surveyors were confused? However, that wasn't the reason I was looking at the map in the first place. I want to have another look at our old favourite, Forty Steps.
We know that the lost track through Causeway Carr on the west, Longfield Lane and Blue Pot Lane was the route of a very ancient and almost certainly Bronze age trackway which is at least 3,000 years old. It was the route for the export of Irish Gold and eventually finished in the Baltic states. Later it became a packhorse track through Barlick on its way to the most northerly low level crossing of the Pennines at Kildwick. We also know that Gillians Beck is older than the track therefore there must have been a crossing of the beck at what we now call Ouzledale Mill which came later. The first thing that strikes me is the fact that even today, where Longfield Lane crosses the beck at a high level, there is still a steep slope down to it from both sides, hence the Forty Steps. So in the days before these improvements it must have been a very steep slope indeed to the beck and out of it. Remember that before the construction of Ouzledale dam Gillians Beck would be at a much lower level. It seems obvious that there would be a ford and in the natural course of things a bridge would be built over the beck long before the construction of the mill and its dam in the 17th century which gives us the present ‘waterfall’ and culvert under the path.
My question is, is the original crossing, whatever it was, still there under the path? My guess is that when the path was improved and the level raised and when the Ouzledale Dam was built and the short culvert installed which we have today, the original bridge would have been utilised. Not a lot of point demolishing it and building another one. If that is the case what we have under the path is the oldest bridged water crossing in Barlick, quite possibly at least 1500 years old and if so, one of the oldest bridges in England still in use today.
I think we can make a good case for the possibility, it all makes sense and as is so often the case when you are looking at local history you have to take the facts that you are sure of and draw conclusions in the absence of written evidence. If I am right we are still using a bridge every day that was built very early in our history. 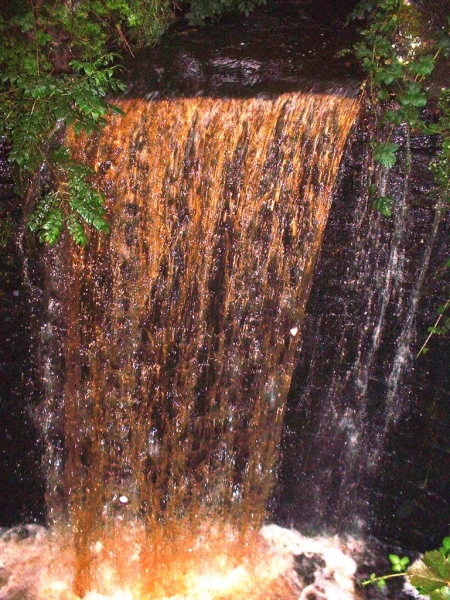 My Mother ( born in Barlick, as I was) often mentioned Forty Steps. She always claimed there were only 39!
( I've never been there...to check it out...so cannot say one way or another, but she had a very sharp mind...and I often wonder)
Top

Can you show me the location of Forty Steps on a modern day map please?
( I may be back, someday)
Top

Depends how you count them Maz but it is possible to make it 39. I shall find a map for you. 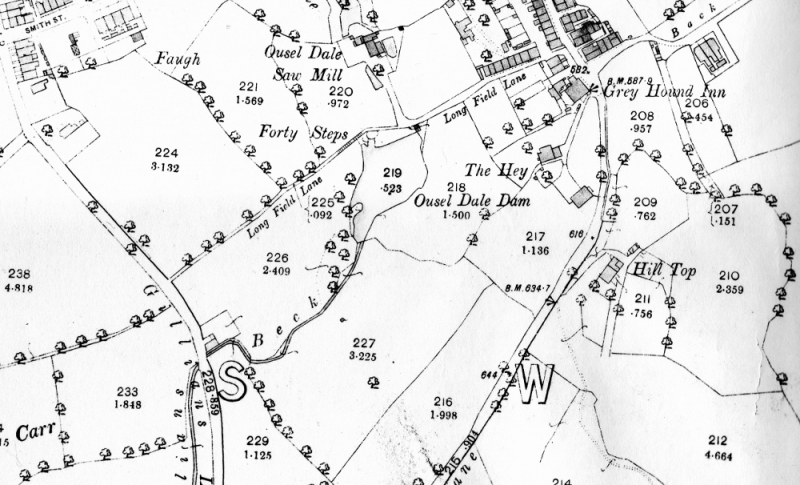 Here you are, the 1892 map.
Stanley Challenger Graham
Stanley's View
scg1936 at talktalk.net

She was right, there are only 39. There may have been 40 originally when first installed and one lost, maybe at the bottom when paths have been remade?
Ian
Top

Ha! She would be chuffed to hear that...
Top

Actually if you count the two at the Bancroft end there are 41.