There is mention in the diary of William Dugdale of Barlick that on the 20th August 1874 the boiler was removed from Old Coates Mill and taken to the Ingleton Coal Pits. A Burnley Advertiser advert of a sale at Old Coates on 24/06/1871 raises the possibility that Billycock didn’t buy the mill but bought the boiler in this sale, the price would be little more than scrap value. At the time of the sale he would be laying plans for buying into the coalfield and knew that the colliery he was buying, Wilson Wood, was a very wet pit, he would need more pumping capacity. It had closed in 1866 because the pumps available couldn’t cope with the water and no doubt this had an affect on the asking price. We aren’t absolutely sure he moved the Coates engine to Ingleton because that was a beam engine and the Northern Mines Group research says that two horizontal engines with pumps were installed in 1874 and I suspect these would be specially made at Billycock’s Burnley engine works. We also get a clue that Bracewell bought Carrick Farm at Ingleton and used it for storing machinery.
Despite the usual trials and tribulations encountered in operating a coal mine Bracewell succeeded in his ambition to win his own coal and by 1875 it was being shipped to Barlick. He then hit another problem, the coal was inferior quality and in order to burn it efficiently he had to add a 40ft brick extension to the chimney at Butts mill to get more draught. We also have evidence of his Burnley works making large castings, up to 6 tons in weight for repairs at the colliery.
The mine was productive until 1887 when Bracewell died and his trustees, the Craven Bank, who had financed all his dealings, made a bad mistake by stopping all work at the pit including pumping. The workings flooded and were never restarted. This was the end of Ingleton Coal in Barlick and eventually the end of Billycock’s empire because at his death it was realised that when all his debts and commitments were paid off, the partnership was bankrupt. I discovered much later that Bracewell never owned his own house even, Newfield Edge was a rented property.
Ingleton was hit hard by the closure of Wilson Wood as was Barlick when the bank closed both Butts and Wellhouse mills. At that time it was easy to flit by rail and take another rented house and workers left the town in such numbers that the Craven Herald reported that ‘Grass was growing on the streets’. Very soon the rise of the shed companies in Barlick financed by local investors rectified this and it’s significant that once the dead hand of the Bracewell hegemony was lifted the town moved forward and was transformed. That is a success story I have told in the past, it gave us the town we know today. Bracewell was crucial to the early development of the town but his time had passed. 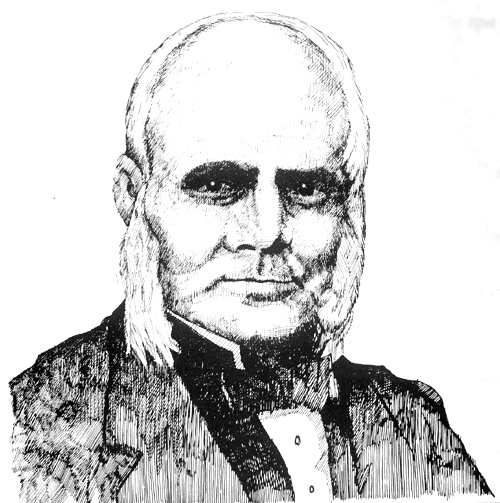