`Blowing bubbles: Soapy spheres pop pollen on fruit trees' LINK
A clever idea but I'd prefer to protect the bees instead!
Top

A new way of looking at the universe...
`Breathtaking new map of the X-ray Universe' LINK
`A German-Russian space telescope has just acquired a breakthrough map of the sky that traces the heavens in X-rays. The image records a lot of the violent action in the cosmos - instances where matter is being accelerated, heated and shredded. Feasting black holes, exploding stars, and searingly hot gas. The data comes from the eRosita instrument mounted on Spektr-RG. This orbiting telescope was launched in July last year and despatched to an observing position some 1.5 million km from Earth. Once commissioned and declared fully operational in December, it was left to slowly rotate and scan the depths of space. eRosita's first all-sky data-set, represented in the image at the top of this page, was completed only last week. It records over a million sources of X-rays...'.
Top

Fascinating, it's like anything else isn't it, the more resource we put into observing the more we discover. Just the same as looking at any image when you think about it but on a different scale. In this case, first acquire the image!
First thought, if you are captain of the Enterprise, avoid the blue zones!
Stanley Challenger Graham
Stanley's View
scg1936 at talktalk.net

'Black neutron star' discovery changes astronomy LINK
`Scientists have discovered an astronomical object that has never been observed before. It is more massive than collapsed stars, known as "neutron stars", but has less mass than black holes. Such "black neutron stars" were not thought possible and will mean ideas for how neutron stars and black holes form will need to be rethought...
...The material from which neutron stars are composed is so tightly packed that one teaspoonful would weigh 10 million tonnes.'

The report is interesting but I've also drawn attention to the sentence about the high density of neutron stars. Like astronomical distance and geological time it's hard to get our head around one teaspoonful weighing 10 million tonnes. It's more easily understood by people with a science education and we desperately need to give all children the capacity to deal with this sort of information. They need to encounter it when young, when their minds are open to what we might describe as non-intuitive information. In the case of atoms, black holes and neutron stars we need first of all to understand that matter consists mostly of space and that the electrons, protons and neutrons represent a vanishingly small proportion of the volume of an atom. Then it's easier to understand how the protons and neutrons can be compressed into a volume so small that `a teaspoonful would weigh 10 million tonnes.'
Top

I like your explanation, makes it a lot easier to understand.
Kev

Tizer, is that a heaped or level teaspoon ?
Top

I don't know, but what's a few hundred thousand tons between friends?

Whyperion
Senior Member
Posts: 2170
Joined: 23 Jan 2012, 22:13
Location: Stockport, after some time in Burnley , After leaving Barnoldswick , except when I am in London

By definition a teaspoon is 5ml. It is possible to overfill a teaspoon including with liquids(just), at some time the natural level up to a peak wont heap up any more and the excess falls of the edges. How actually does gravity work in these 'star' situations, is it just one marginal 'atom' that creates enough extra pull to keep the others around the edge from flying off somewhere else - the being in binary situations makes the best logic of gravitational atraction ( Hmm will this also solve the desire to match all the fundamental forces equations ?)
Top

Put 10 million tonnes on a tea spoon and it will be very level indeed no doubt about that. If a super large star starts to collapse on itself because the nuclear reactions that normally keep its volume up start to dwindle what's to stop the reaction stopping altogether and it becoming black because its fires gone out. This would be different to a true black hole which is capable of drawing more material into it including light but may still retain some nuclear reaction. All very confusing.
Top

Ye gods, have you lot nothing better to do with your time, back to my patchwork

If you keep searching you will find it
Top

You could make a supremely effective armour-piercing shell if you tipped it with a bit of neutron star! (But I suppose you'd need an impossible amount of cordite to shift it out of the barrel of the gun.)
Top

You needed an impressive amount of Waltham Abbey Modified Tubular Cordite to poke an APSVDS round up the range and that was only a Tungsten core...... Mind you, they went like hell! (LINK)
Stanley Challenger Graham
Stanley's View
scg1936 at talktalk.net

Stanley wrote: ↑
27 Jun 2020, 02:55
You needed an impressive amount of Waltham Abbey Modified Tubular Cordite to poke an APSVDS round up the range and that was only a Tungsten core...... Mind you, they went like hell! (LINK)

Cordite is classified as a low explosive because of its slow burning properties, as is gunpowder, that way it does less damage to gun barrels. Try putting some high explosive propellants behind your rounds!
Top

WAMT was quite powerful enough for me China! Hell of a crack when they went off and all the stones on the ground jumped a foot in the air. No earplugs either, It's a wonder I can hear at all. 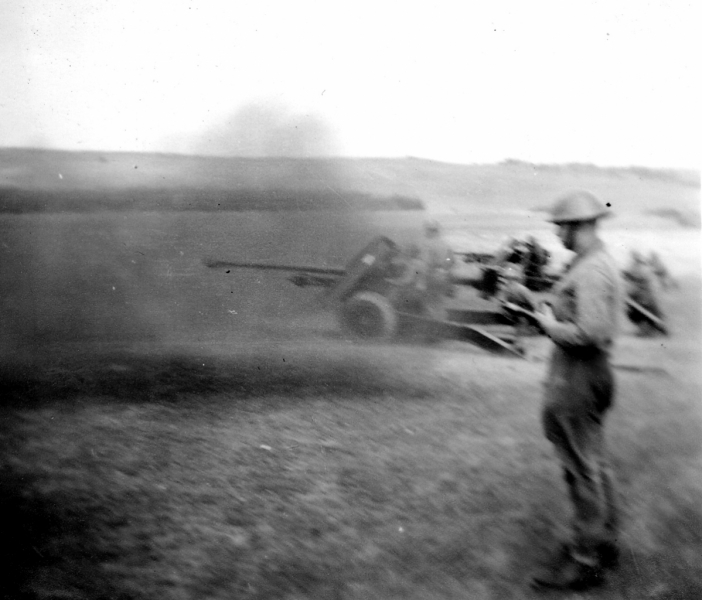 Impossible to get a clear pic because of the concussion but if you look carefully you can see how far the barrel has recoiled on the buffer system. APSVDS pushed it right to the limit. We always made sure we had a full 600PSI in the system before firing!
This was on the ranges at Putlos on the Baltic coast, it was the old German anti-tank training school. 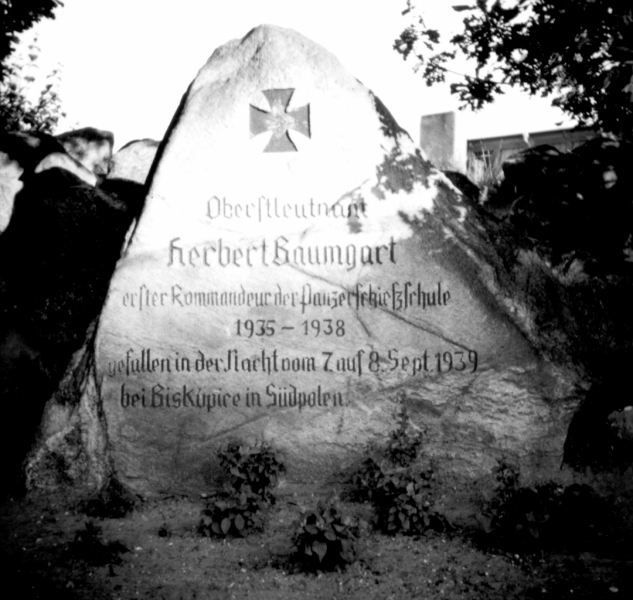 This memorial to the commander intrigued me, The German invasion of Poland began on 1 September 1939, He was killed less than a week later.
Stanley Challenger Graham
Stanley's View
scg1936 at talktalk.net

At last, a recognition that we need to to counter the negative effects of Brexit on our ability to attract good scientists from elsewhere in the world...
`Government plans new office to attract scientists to UK' LINK
Top

The principle is sound but why a new office 'set up in Number 10'? Just alter immigration legislation to make it possible. If the prospects are so good they will flock here.
Stanley Challenger Graham
Stanley's View
scg1936 at talktalk.net

It's the shop window dressing of course.
Top

I can see this being a very useful development (but ignore the over-hyped title of the article!)...
`Robotic scientists will 'speed up discovery''
Top

I agree Tiz, a frightening prospect in some ways but the lid has been lifted on Pandora's Box.
Stanley Challenger Graham
Stanley's View
scg1936 at talktalk.net